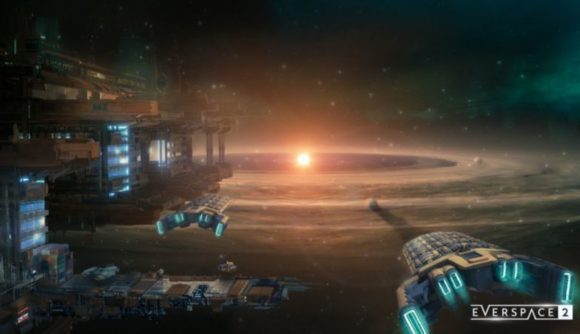 A roadmap for Everspace 2 has been released, outlining the next year or so of features coming to the space game. Starting in April, players can expect regular new missions, spacecraft, systems, and more between now and the end of the year.

Developer Rockfish Games shared the news on Steam, walking through the general plans for Everspace 2’s time in Early Access. The first content load, dubbed Union: Contracts/Heartland and arriving April 2021, will bring two new fighters, new missions and side-missions, activities, challenges, a new companion, and a rebalance. The next is Zharkov: The Vortex, set for summer, and it’ll include the Zharkov system, as well as more of the above, and a new level cap.

The final chunk is due in autumn, Khait Nebula: Stranger skies, bringing yet more missions, fighter subclasses and what not, with the Khait Nebula system and fast travel. Wanting to keep expectations for the action-RPG game in check, it’s pointed out that Union is is currently the largest star system, and size will vary from region to region. Zharkov, arriving later in the year, will involve infiltrating some shady business dealings.

Erik Schrader, community ambassador at Rockfish, did a long video talking about the roadmap, and the rest of the year in general, for Everspace 2. You can watch it below – the roadmap itself comes up at 23:00:

Everspace 2 has had an auspicious launch, topping the Steam top sellers list when it arrived in January. If you’d like more galaxy-trotting misadventures, we have the best Star Wars games for just that.