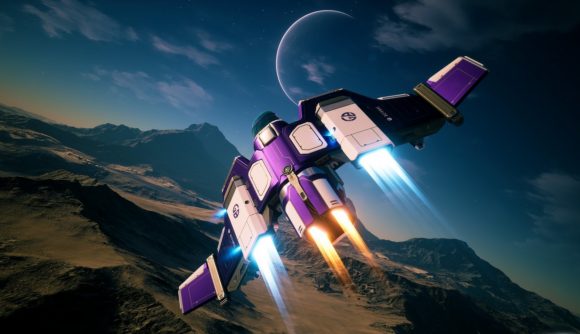 Early access space game Everspace 2 has a huge new update out today, which adds a new chapter to its single-player campaign and a brand new star system to explore. In the lengthy post accompanying the update, Everspace 2’s developers explain that they’re not trying to compete with the “juggernauts” of the genre that are meant to look and feel more realistic.

The latest update is called Zharkov: The Vortex, and it takes players to a dangerous new system where you’ll be able to unearth alien secrets, pick up new loot, and even engage in some puzzle solving. Zharkov itself is a swirling vortex that orbits its central star, and in it you’ll find massive cloud formations, electrical storms, and mysterious ‘vertical asteroids.’

Rockfish takes a little time in the update post to address some player concerns over how ‘hardcore’ the game is meant to be. In addition to the puzzles mentioned above, Zharkov will also afford players the opportunity to remote-control an independent maintenance drone through six-degrees-of-freedom mazes found in a lunar mining colony, introducing a more classic Descent-style gameplay.

Rockfish says the addition of puzzle-solving and drone piloting has always been part of its vision for Everspace 2, and that the game was never meant to compete with “the juggernauts of space games” – obliquely referring to games like Elite Dangerous, No Man’s Sky, or even Star Citizen. 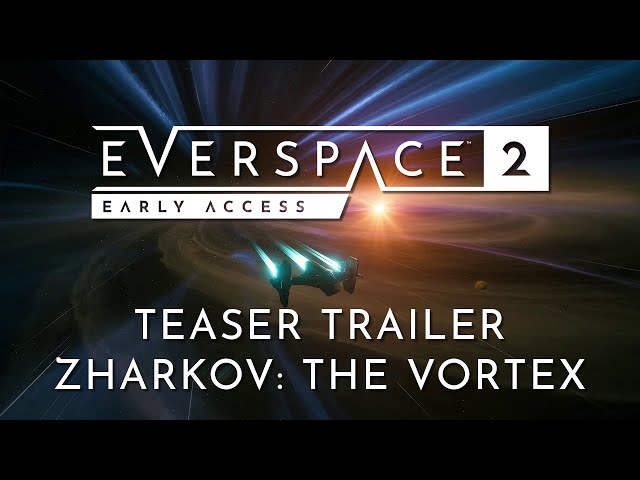 “We believe there’s enough room for an arcadey space action RPG with looter-shooter mechanics bringing new things to the space game genre, which our team is very much excited about,” Rockfish says. “On the whole, allowing our designers the freedom to flex their creative muscles with additions like these is going to make for a stronger game overall.”

In terms of new gear, Rockfish says you can look forward to a fusion hook, which lets you latch onto objects with a tether and perform “some cool zero-G swing manoeuvers.” There are new types of missiles and mines, new set bonuses for Bloodstar gear, and a new item affix called Swift that reduces weapon ramp-up speed and charge time by 30%.

Rockfish has also made some optimisations that should make for a smaller installation footprint, and it’s done a pass on the user interface for crafting.

It’s a big update, and the full patch notes are available at the bottom of the post on Steam. You can read about the first Everspace 2 early access update and the roadmap for future development, if you’d like to get brought up to (warp) speed.