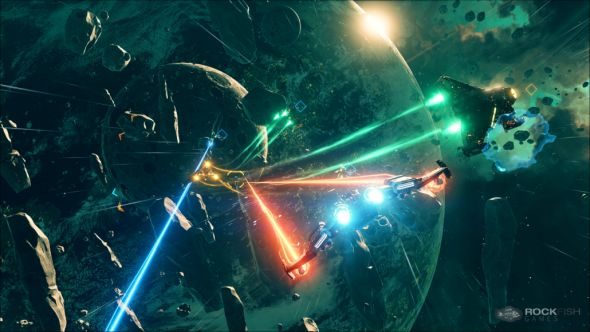 Update: A Steam store page for Everspace has popped up, confirming that it will be coming to PC on September 14.

News out of Gamescom 2016 this morning where a mini Xbox conference just wrapped up (don’t worry, you haven’t missed anything, there was no stream) and it was announced that the Xbox Game Preview program – Xbox One’s version of Steam Early Access – is coming to PC. The first title to be released through it will be space shooter Everspace.

I think everything’s clear there. Shoot the ships, watch them explode, be exceptionally pretty. It made its money on Kickstarter last year, raising €420,252 to come to life. Presumably this deal indicates they’re getting some amount of support from Microsoft as well.

As for the PC version of game preview, no further details were given. However, the Everspace FAQ says that early access was planned for Q3 of this year, so expect it soon. Release should be Q1 of 2017, so it will be a lengthy period of testing and redesigning.