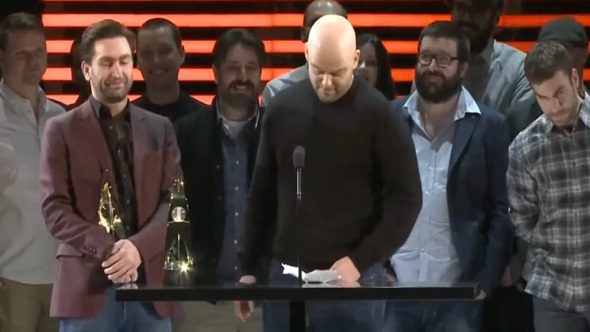 Update February 13, 2017: Leslie Benzies’ new unnamed studio has taken on the help of another studio located in Budapest, bolstering the team that already exists in Edinburgh, Scotland, and Los Angeles, US.

The Budapest studio is headed up by former Crytek Hungary head Kristoffer Waardahl and is said to house “a number of veteran developers with triple-A, mobile, and VR experience.”

Keep an eye on our upcoming PC games list if you want to keep track of industry goings on.

In addition to that experience, the studio is passionate about building open-worlds.

“To develop and build a beautiful open-world game is one of our core passions and it resonates deeply with the team,” Waardahl told GamesIndustryBiz.

“When we heard Leslie’s vision for the game we jumped at the opportunity to join Everywhere and are delighted to be part of the core team bringing the game alive.”

It’s clearly a massive undertaking, considering the size of the world-spanning team. Hopefully we find out more soon. A studio name would be nice, too.

Original Story January 26, 2017: Leslie Benzies is famous for his work at Rockstar, both on the Grand Theft Auto series and Red Dead: Redemption. He’s also currently involved in a lawsuit with his former employers over unpaid royalties.

From court documents, it was clear that Benzies was a key component in Rockstar’s success, particularly on Red Dead.

Now Benzies has opened up a new studio, with offices in Edinburgh, Scotland, Rockstar North’s hometown, as well as one in Los Angeles. There will be news on another office soon. The unnamed company is headed up by Benzies and two other ex-Rockstar North developers: Matthew Smith, former audio director at Rockstar, and Colin Entwistle, former lead programmer.

The game they’re creating is called Everywhere, according to a Polygon interview, and it is being built in Amazon’s free-to-use Lumberyard engine, which is heavily based on CryEngine. Lumberyard allows the development to move along at a much brisker pace than if the studio created their own bespoke engine.

The three co-founders began thinking about creating the title in mid-2016. Benzies says the game will include “features that games haven’t touched on yet”.

“We want this game to be less restrictive than other games,” says Benzies. “While the game has multiple narratives, we also want players to create their own narratives that include characters with a real personality.

“If we do this right, we’re going to give players the chance to really live out their fantasies, not just the limited fantasies that most games set up for them, and do so in a deeply immersive way.”

Player choice will be a key element, though it won’t be a traditional sandbox game like GTA.

“It’s a game at heart,” says Matthew Smith, “but not one that fits comfortably into any existing genre, and it definitely breaks out of the existing boundaries of what are typically classed as games.

“Every five years or so something comes along that significantly widens who’s interested in games, gaming culture, and what we even think of as a game — the launch of the original PlayStation, [Grand Theft Auto 3], online-multiplayer, the explosion of mobile gaming. We have something in mind that is classical gaming through and through, but with some really interesting extra layers that we hope can both immerse existing gamers like never before, and bring in whole new sections of society who’ve never considered themselves gamers.”

It sounds like it will be some kind of interconnected experience, then. One that Benzies and co are hoping will keep us glued to apps and other tech, tracking our progress or performing other in-game tasks with different devices. Benzies once stated his desire to let players fly between cities in GTA Online, so perhaps this is building on his ambitions for that game before microtransactions dominated Rockstar’s thinking.

“Everywhere is very different from GTA,” explains Benzies. “There may be parts of our game that include satire but the tone will be very different and at times our players will be in control of how the tone is set.”

“We’ll have a distinctive style and tone, and plenty of story and characters – but what I find more interesting is letting players create their own stories, their own personalities,” adds Smith. “To a degree, more like a social network – where what’s being commented on or ridiculed isn’t written three years in advance, but can change hour by hour. And if a future President chose to make policy announcements in Everywhere, that’s something I’d certainly find interesting.”

Perhaps it will be some kind of life simulation MMO. Second Knife, anyone? The “deeply immersive” comment, as well as the talk of social networks, makes me think they’re going to try create the Facebook of VR – an interactive second existence where all your friends will live, and you can probably run them over.