With Evil Genius 2 slated for release March 30, now seems as good a time as any to point out that both Dungeon Keeper and Austin Powers: International Man of Mystery came out in 1997. The original Evil Genius, released in 2004, was a combination of the two: the minion-powered lair-building from Dungeon Keeper combined with a goofy send-up of ’60s spy thrillers.

Seventeen years have passed and we’re staring down the barrel of an unlikely sequel. Rebellion’s original premise remains largely intact, bolstered by some welcome modernisations and a new World Domination mode that’s meant to broaden the scope of your evil empire to encompass the whole world.

Based on the five hours or so we’ve played, it’s clear that Evil Genius 2 hits many of the right nostalgic notes – it’s still fun to watch minions dig out new chambers for your volcano lair over steepled fingers, and filling your dungeon with traps and baddies to waylay heroes retains its pleasant tension. While Evil Genius 2 hews close to the Dungeon Keeper format in most respects, it adds its own twists.

First, your evil persona exists in the game world. You’ll be able to choose from several supervillains, but in the preview build we were limited to Maximillian. He’s the monocled, bald menace who appears in all the promotional material – and he’s quick to whip out a silenced pistol to make an example out of hapless minions and keep productivity up. 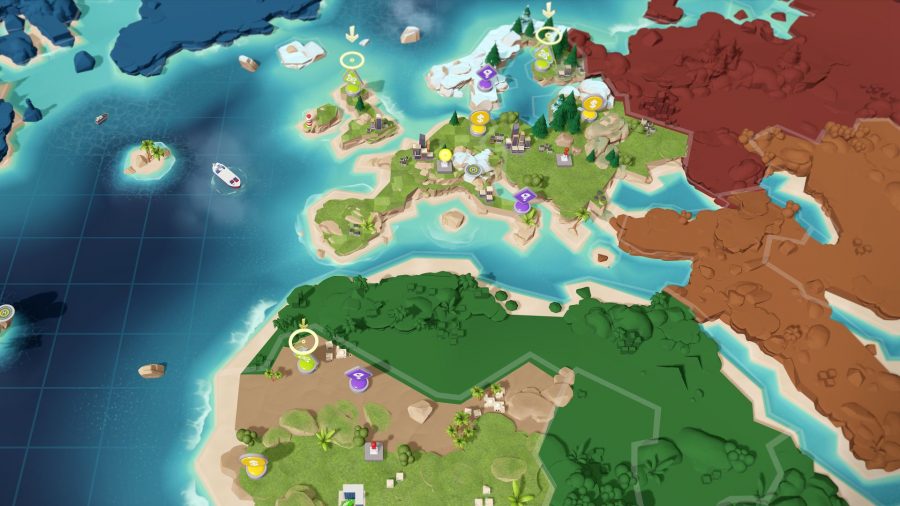 You’ll also be able to recruit henchmen from around the world, and each of these characters has their own wacky backstory and personality. They wander around the base helping out with menial tasks, but their true value becomes clear during incursions by agents from the Forces of Justice.

Minions who haven’t undergone any specialised training are fairly useless against invading agents – they’ll give it the old college try, but their attempts at boxing with elite spies frequently end with them in a body bag and a trip to the lair’s incinerator. Despite its cartoon aesthetic, Evil Genius 2 has a wickedly dark sense of humour.

To really stop an invading squad of agents, you’ll have to use a combination of security cameras, trained guards, and your henchmen’s special abilities. Agents can be stalled for a time by your valets in the casino area out front, but once they’re inside you’ll either have to capture or kill them. Captured agents can be interrogated, and this process yields intelligence you can put to use on the global map in the World Domination layer. It’s this marriage of strategy game scope and management game busywork that’s caused the bulk of my frustration with the preview build. 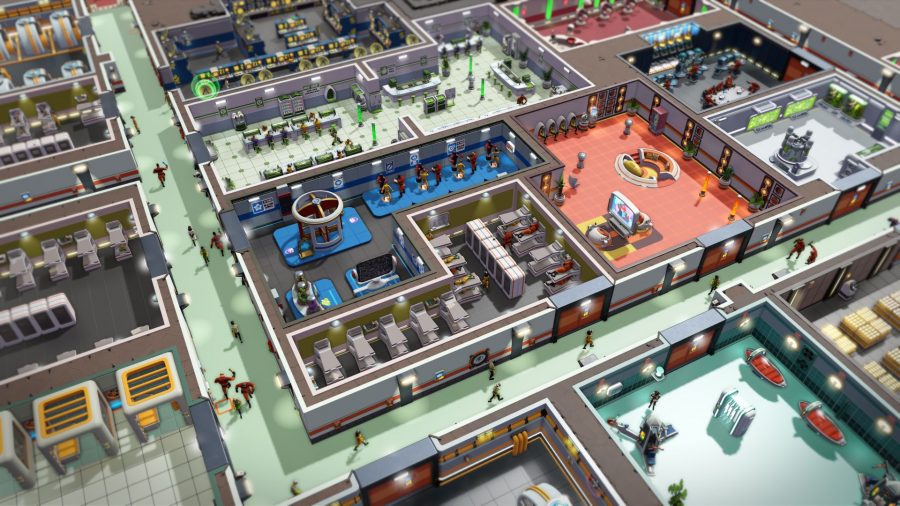 Here’s how the World Domination system works. Starting out with only your island base, you’ll eventually send minions out on special missions around the world, establishing criminal networks in various territories. You can build radio transceivers to increase the number of networks you can have active, and research eventually allows you to upgrade them. Once that’s all set up you can use your criminal network to launch schemes in territories around the world, and those missions provide you with additional income to fuel further development.

Evil Genius 2 has a wickedly dark sense of humour

The trouble is, there’s very little variety in this strategic layer, and what’s worse, none of what’s there is particularly interesting. Schemes boil down to a rudimentary transaction where you’re effectively spending minions (who flow into your base at a determined rate) to complete a job and getting cash in return – your involvement in this process is limited to picking a scheme and then waiting for a timer to count down.

Completing schemes raises the ‘heat’ level in the associated region, and so you’ll occasionally have to spend a few minions (or some gold) on a scheme to reduce it – or face a region lockdown, which amounts to yet another timer to wait out. 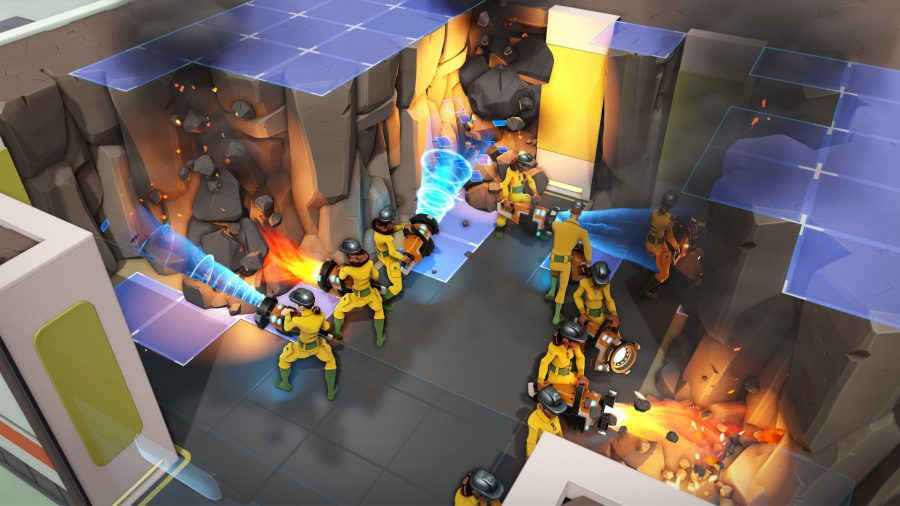 This makes the World Domination system feel unpleasantly like a free-to-play mobile experience, except there are no gem bundles you can buy to eliminate the wait – and no, that’s not a request. The waiting times aren’t insignificant: many schemes take ten full minutes, and enemy agents show up every 20 minutes or so. That’s a lot of finger-drumming.

Combine that with a few bugs and other inconveniences that can normally be forgiven in a preview build, and it’s not hard to imagine how Evil Genius 2 became a little wearisome after five hours. That’s not to say there’s not a fun game to be found here. The ’60s style is crisp and charming, and creating a gold-plated inner sanctum complete with a gaudy throne and an unnecessarily large conference table is a hoot. But the World Domination mode feels wide of the mark – enough to sour the mood in the rest of your lair.