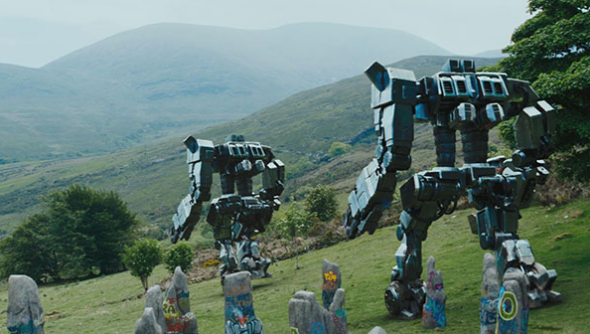 Demis Hassabi, executive designer of Evil Genius, has been working on something a little more scary than hollowed-out volcano bases lately. He’s been collaborating with Google on “DeepMind”, a learning machine artificial intelligence that has been stretching its digital neurons by playing computer games.

DeepMind can start a game with no idea how it works, and gradually over time develop new and improved strategies for gaining high scores. It’s an AI that can learn.

Oh no. Our robot overlords are here already.

DeepMind has learnt to play 49 different retro computer games through the concept of trial and error. At the start of a playthrough it essentially presses random buttons and sees what happens. But as those random inputs work together to score points, DeepMind remembers this and starts to formulate a strategy.

With the parameters of ‘scoring points is good’ and ‘losing is bad’, DeepMind has been able to create tactics which allow it to perform at the level of professional game testers. It’s taken it 600 rounds of training, but now it’s coming up with strategies that the research team behind the AI had never even considered. In Breakout, it has been tunnelling through the sides of the wall, and in a submarine game it has stayed deeply submerged at all times.

“This is the first significant rung of the ladder towards proving a general learning system can work,” said Hassabis when talking to The Guardian. “It can work on a challenging task that even humans find difficult. It’s the very first baby step towards that grander goal … but an important one.”

The games tested on DeepMind include Space Invaders, Pong, Breakout, where it significantly outperformed humans. Other, more complicated games baffle the AI though, and this is down to DeepMind not having memory. When a game requires long-term planning and strategy, DeepMind doesn’t have the memory to store the understanding of pre-planning. It manages to work out a tactic to gain some basic points, but never gets as far as racking up major scores. Of course, the team are now looking to upgrade DeepMind with a better memory to allow it to get over this hitch.

Start developing your own strategies for fending off our future robot overlords right now, then. PCGamesN recommends How To Survive a Robot Uprising as your core guide.