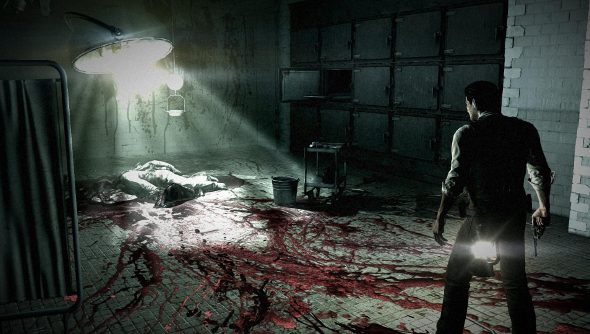 The Evil Within is going to throw a lot of horrors at you, from spider women and zombies to invulnerable monsters you have to run away from – a lot easier to do when you aren’t crippled by an inability to run very far.

Depending on how you feel about splashing out on DLC for an unreleased game, it’s got one more horror for you waiting in the wings: a season pass.

The first DLC puts you in the uncomfortable shoes of one of the game’s antagonists, while the other two are story-driven episodes where you play as detective, and protagonist, Sebastian Castellanos’ partner, Juli Kidman.

Jules took a hands-on look at The Evil Within, which has been crafted by Resident Evil mastermind Shinji Mikami, a couple of months ago, and he warmed to it despite an annoying camera and the hobbling of the protagonist.

“The Evil Within session left me with a mixed impression of The Evil Within. I liked the cliched world it’s set in, with its buckets of blood and closets full of monsters. It’s not scary but it’s an endearing sort of silly. However, it constantly felt like I was being hobbled by things outside of my control – the camera, Castellanos’ ridiculously puny lungs, enemies using a god mode.”

The Evil Within is due out on October 17th in Europe, and the 14th in North America.