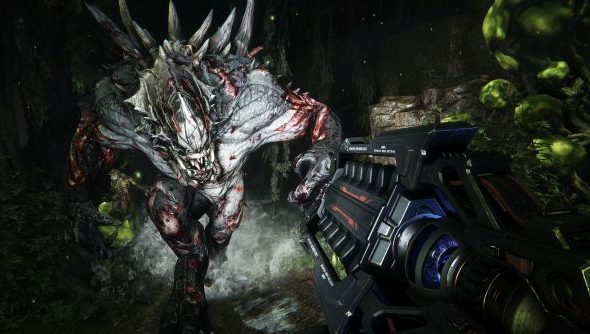 While many of us enjoyed the four-on-one monster deathmatch that is Evolve over the weekend, there were some that missed out – namely those folk on the Playstation 4. But even though they managed to get access eventually, their plight has provided a gift to everyone else: the “Big Alpha” has been extended until tomorrow.

And don’t forget: if you own XCOM: Enemy Unknown, then you’ve got access the the Evolve alpha right now!

Turtle Rock Games made the announcement via their Twitter:

If you’re still to play the game, but haven’t got a code yet, don’t fret. All owners of XCOM: Enemy Unknown on Steam got access automatically, so check your Steam library. The alpha will now conclude at 12AM PST, or 8PM UTC respectively.