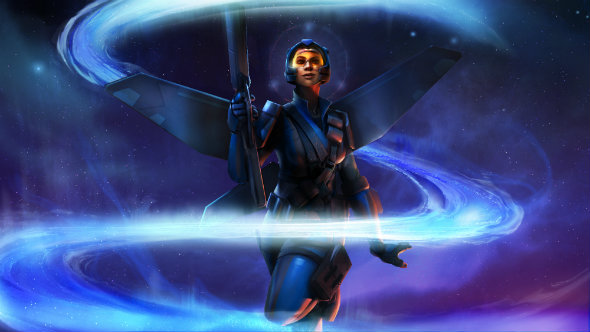 Evolve Stage 2 is kicking off a month of content updates in an event called Shear Madness, starting from today. Over the space of five weeks, there will be five new updates, three more character adaptations, three new map variants, a new co-op mode and a bunch of general improvements.

For more free-to-play fun, check out our list of the best free PC games.

It all starts today in the Quantum Surge update, adding a new medic to the roster. Quantum Ciara is an area healer who can deploy a regeneration field to heal allies over time and a proton field to damage enemies over time – both of these abilities stack.

She also has another field that heals hunters and damages monsters at the same time, and she has a barrier that buffs nearby allies with damage-resistance.

Basically, if you’re not playing as Quantum Ciara, you better be damn well stood near her. Here she is in action:

As well as adding the medic, the game also gets a new ‘try before you buy’ option, “where all hunters, monsters, skins and perks that you’d normally earn using Silver Keys are now unlocked in the game’s Training Mode”.

There are also a series of new Advanced Hunter tutorials, some balance changes and the first steps have been made towards improving widespread community issues on matchmaking and leavers.