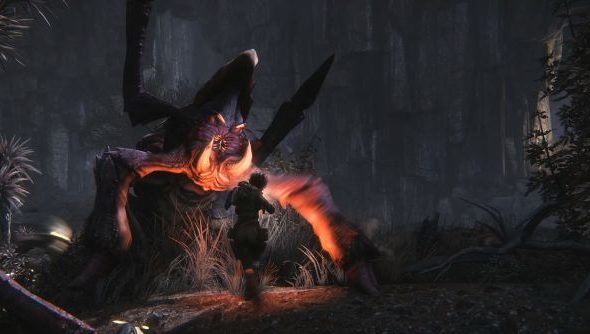 Turtle Rock Studios have announced that there will be a day one patch for Evolve, which includes balance tweaks, loading optimizations, bug fixes, elite skins and connectivity to their recently announced mobile companion app. The patch will be roughly 3GB in size, and will be required before players can use the online matchmaking.

“A lot of the data gathered from the Big Alpha and Open Beta weekends helped us make these tweaks.” said Turtle Rock.

Did you ever wonder why Turtle Rock held an open beta, after they had announced that Evolve had gone gold? Well this day one patch is the result of that weekend test back in January, and the devs are pretty pleased with the results.

“We are constantly adjusting things in the background so that every Hunter and every Monster is finely tuned.” assured Turtle Rock. “What we learned about what’s being done to Wraith alone was eye-opening. A lot of the data gathered from the Big Alpha and Open Beta weekends helped us make these tweaks.”

So what’s in the day one patch? All the hunters and monsters are receiving a last minute pass for balancing and tuning. Lengthy loading times have been addressed as Turtle Rock try to “cram as much as possible” into optimizing Evolve’s performance, and bugs that were found in the open beta have also been squashed.

Some new content has been added as well. Again, due to community feedback, the highly coveted and prestigious Elite Skins have been redesigned to be even more alluring. Some were “outright replaced”. The patch will also connect Evolve to its companion mobile app, so players can take advantage of its connectivity through features such as overhead match replays.