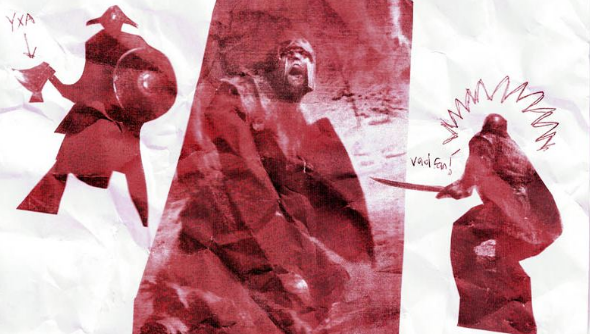 Developer men David Goldfarb and Ben Cousins – previously staff on the Battlefield series – have teamed up and created The Outsiders, a Stockholm-based indie studio looking to produce a new RPG for the PC.

The project is currently unnamed and without any real detail, but the artwork on The Outsiders’ website suggests a medieval-era influenced RPG, with axes and armour.

Goldfarb worked as DICE’s lead designer for Battlefield 3, and worked at Overkill Software during the development of Payday 2. Since last summer though he’s been looking for something new, having decided that he’d finished with AAA game development. He takes on the role of Chief Creative Officer at The Outsiders. Cousins, a games consultant, will act as CEO.

Talking to Eurogamer, Goldfarb said: “I’ve been working on this concept for a long time. I’ve loved RPGs all my life and have been shoehorning elements of them into games I’ve made over the years with lesser or more success.”

Rather than the mechanical systems of Battlefield and Payday, The Outsiders’ RPG will experiment with story. “I’m interested in systemic story stuff. I know Ken [Levine] has recently been talking about this,” he said. “I have another way I want to try and do it. But I think it won’t be a game of cutscenes.”

“If the guys at Naughty Dog want to go do that–and they’re superb at what they craft–then that’s awesome. I would rather find the stories that exist in… people use the sports analogy a lot, but when you play Madden, for example. The dream is to combine some of that with some of this.”