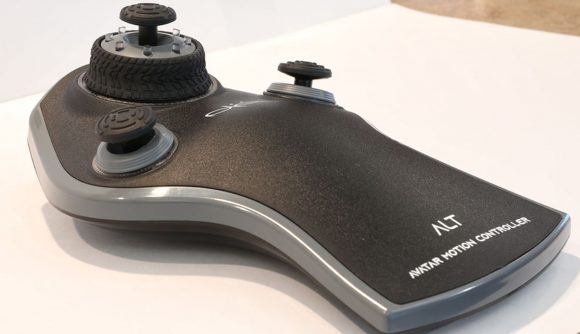 With top-of-the-line optical switches, RGB lighting, and detachable numpads, it’s easy to forget that our keyboards weren’t originally intended to play games. Now, it’s difficult to imagine a setup without one, but Edward Larkin, former Razer elite innovation designer and pioneer of the mouse bungee, thinks “gaming keyboards are the dinosaurs of the modern gaming world and need to go the way of the dodo.” What should rise up in its place? A controller, of course; but not just any old gamepad: PLA Lab’s Alt Motion Controller.

While your regular PC controller comes with the bonus of pressure-sensitive analogue inputs, losing your gaming mouse leaves you at a distinct disadvantage in FPS games – at least without the aid of aim assist. There are a handful of Wooting, Cooler Master, and Razer gaming keyboards with analogue switches if you don’t mind paying the premium, but then you face subpar ergonomics.

The Alt controller aims to blend the best of both worlds, offering a bunch of strategically-placed analogue sticks while co-existing with your rodent. If it holds up to its promise, you’ll never have to stretch your fingers from W, A, S, and D to G again.

Seven years in the making, the Alt Controller works much like an ordinary one, letting you rebind the three joysticks in hundreds of different ways. The difference here is that you can use all three with a single hand. Although this sounds like it’d take a lot of practice, Larkin says that the learning curve is far easier than gaming with a keyboard because you never need to reposition your fingers, taking “a newbie only about 15-25 hours to master.”

See the other videos of the Alt Motion Controller in action here.

The benefits don’t just end with analogue movements and comfort, either. It also features a built-in analogue steering wheel so you can better control vehicles in games that support the feature. It gives you more room to flick your mouse without worrying about thwacking your keyboard. And it’s entirely ambidextrous, fitting into most people’s setup.

Since typing takes a back seat, the Alt controller isn’t an outright replacement for your keyboard but a supplement for when you’re gaming. This means you’ll need enough gaming desk space to house both or prepare to fiddle about with your setup when switching tasks. 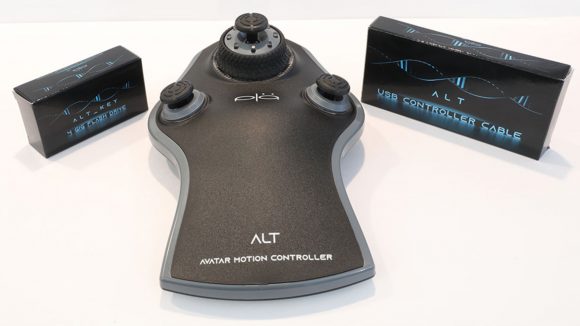 At $250 per controller when it hits the market, it’s the same price as the Razer Huntsman V2 Analog, but it’s difficult to compare considering there’s nothing quite like Larkin’s solution out there. Naturally, we won’t be able to say whether it lives up to the hype until we try it for ourselves.

You’ll need to wait in order to get your hands on one, though, as the Alt controller isn’t safe from the ongoing chip shortage. Pre-orders will go live in March, and you can get a hefty $100 discount simply by signing up to the PLA Labs mailing list. This will also automatically place you into a draw, making you eligible to win one of 100 controllers when the Alt starts shipping.