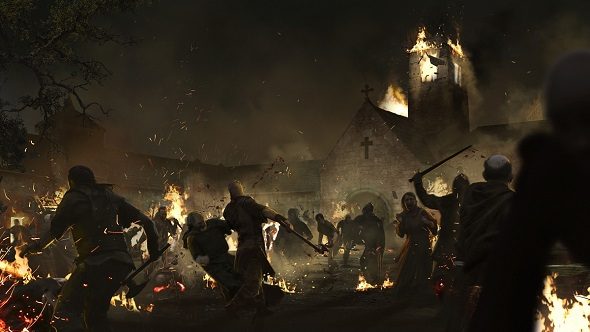 Allowing would-be swordbrothers and shieldmaidens to get used to the series’ tactical combat before Expeditions: Viking’s release next Thursday, Logic Artists have announced a free weekend for the first installment in the Expeditions series, Expeditions: Conquistador. While the setting may be different, the core turn-based battling is the same across both Conquistador and Viking.

For lovers of history and tactics, give these great PC strategy games a try.

Set in 790 AD, Expeditions: Viking has players commanding a small band of Norse warriors as they explore and raid up and down the English coast. Arriving before the vicious Viking invasions of the late 860s, your modest warband must balance building up your village back home, with pillaging English monasteries or setting up trade routes. You can play as your stereotypical Viking warrior, or you could try to foster a healthy relationship with the local Angles and Picts.

You can fully customise your chieftain, picking their skills, stats and abilities for use both inside and outside of battle. As you aren’t commanding a full army of Norsemen on this expedition, chieftains will have to take good care of their thanes as they deal with natives of northern Britannia. Each one has their own set of skills, as well as moral standards, so you must be careful of making decisions which could upset your favourite axe-man. Death is permanent on certain difficulties, so guard your fellow Vikings with your life.

“After two years of development, we are on track toward our studio’s best release so far,” says producer Ali Emek. “Expeditions: Viking is now feature complete and we’ll be spending the last month of development tightening the screws and polishing the release build, improving on our performance capabilities, and (with the assistance of a large community of closed beta testers) squashing the remaining bugs.”

If you are still not sure on the core combat of the Expeditions series, Expeditions: Conquistador is free to play this weekend. Rather than exploring ancient Britain, Conquistador has players searching the New World as Spanish soldiers looking to expand their empire. As with Viking, you can choose to deal peacefully with the local tribes or do as the actual Conquistadors did, and slaughter your way through most of Central America. If you are taken with the first installment of the Expeditions series, Expeditions: Conquistador is also on sale for 75% off right up until the release of Viking, going for $4.99/£4.49 on Steam.