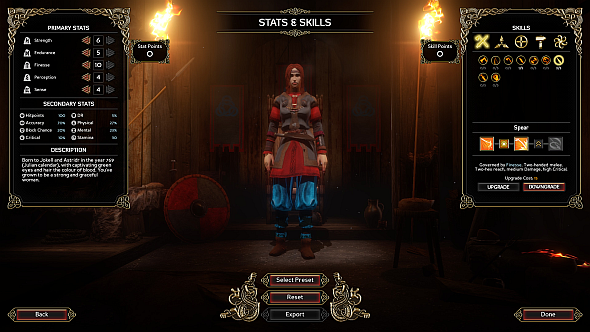 Expeditions: Viking is a turn-based tactical RPG boasting an historically authentic setting – and it’s out now. Check out the launch trailer above for a quick taste.

For more imaginative passion projects, check out the best indie games on PC.

Developed by Logic Artists, who gave us the solid Expeditions: Conquistador, you’ll begin as the thegn of a modest Norse village. You’ll contend with scheming neighbours as you build your power, then launch raids across the North Sea to plunder the wealth of British monasteries. Or you could establish trade routes and political alliances, but then what kind of Viking would you be?

“After more than two years of development we are very excited to release and share Expeditions: Viking with the public,” says Logic Artists CEO Ali Emek. “Hopes are high at the studio as we make our final release preparations and we look forward to the user feedback on the forums and reviews to come.”

So if you’re sick of all your gold sitting in the hands of those monks, check out Expeditions: Viking on Steam. It’ll normally cost you £24.99 ($29.99), but to celebrate its launch, you can pick it up for a 10% discount until May 4. A digital deluxe edition including an artbook and OST (by the same guy who scored Age of Conan and Lords of the Fallen) is also available.