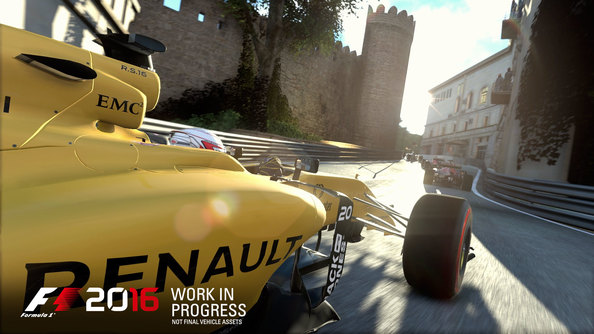 A couple of months ago, I wrote a wish list for F1 2016, running through a few features the community and myself have had our eyes on. Codemasters and Koch just released the first details of F1 2016 today, so now’s a good time to revist that list and see how the realised product will match fan fancies.

Will F1 2016 make it among the ranks of the best racing games?

1 – The return of career mode: yes 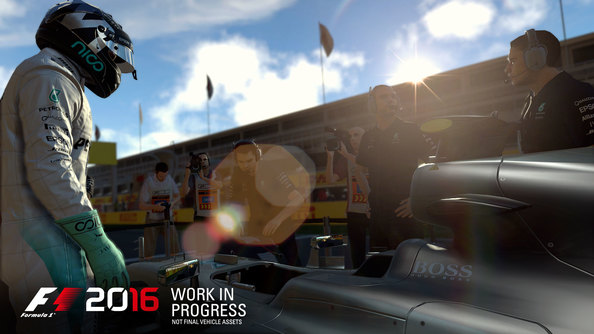 This is the headline feature of F1 2016 at announcement, and it’s no wonder, really. F1 2015’s driving was great and everything, but with just single-season and race weekend modes to enjoy it on, it felt as though the series had taken a step backwards. Like, right back to the pre-F1 2010 days, when career mode was first implemented. But don’t worry, it’s back for 2016 with a ten-season lifespan.

“In the new career mode,” reads the announcement presser, “players select an avatar to represent them within the game world as well as choosing a number to take with them through their career.

“They are then free to choose from any of the FORMULA ONE teams, all with different goals and expectations. It may be more challenging to start further down the grid, but it will also be easier to exceed team expectations. Players can earn contracts and move from team to team, or choose to develop their favourite team into a championship contender.”

So that’s great. I wasn’t the only one who wanted to see career mode return – it was perhaps the most frequent request on community message boards and social media following F1 2015. 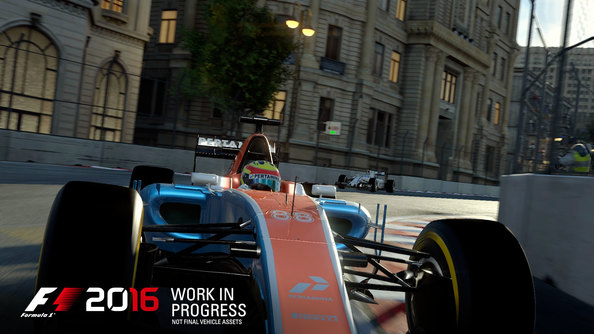 I’m not altogether surprised that this isn’t addressed in F1 2016’s very first info drops. It’s fairly esoteric and not reflected that frequently by other fans of the series (although there are a few). I’m hoping against hope that if a 10-year career mode is the focus of this game we’ll have at least a half-decent selection of lids to wear during that decade, but in reality it’s probably not crucial to the game’s success. I’m willing to let it slide. And by slide, I mean wait for the modding community to sort out.

3 – The return of classic cars and tracks: no 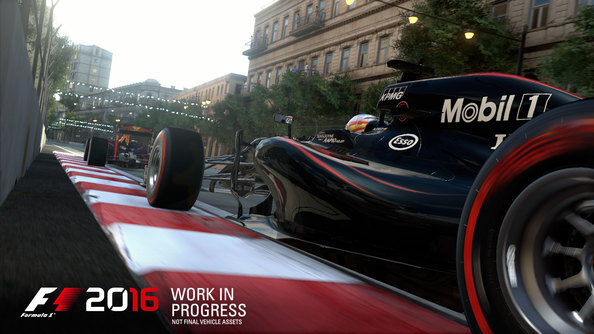 This isn’t the sort of thing you keep under your hat at announcement stage if you’re planning on implementing it in this year’s game. Sadly there’s no mention of classic content of any description in the F1 2016. I’m not altogether surprised about that one, either. It took a tremendous amount of work on Codemasters’ part to get the cars and tracks they did in F1 2013, and even then it wasn’t quite enough to turn into a coherent game mode in its own right. To make it work properly, you’d need the rights for an entire season – every car, driver, engine, and sponsor. Good luck sorting that all out. 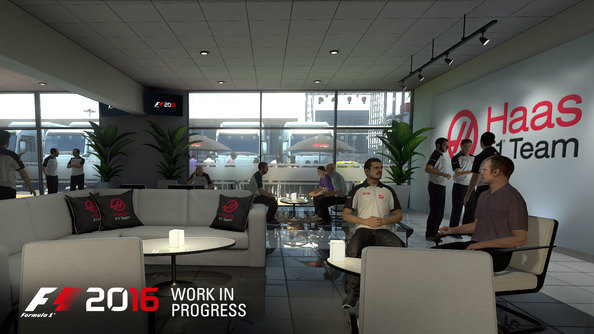 It doesn’t sound as though it’ll be implemented as I originally conceived it – something akin to GRID’s team management elements – but there may be some increased player agency in team matters in F1 2016. There’s this from the press release:

“To complement the on-track experience, and to expand the realism of the Career mode, F1 2016 includes stunning hospitality areas for each team that act as the player’s game hub. In this area they will work with their Research and Development Engineer and Player Agent to develop their progress both on and off the track. To further enhance the immersion, players will also be able to spot other key figures from the paddock within the hospitality areas.”

So you’re probably not going to be hiring and firing drivers or choosing sponsors, but you might get a bit more control over car development than in prior titles, and that’d be very welcome in itself.

5 – Formation laps and safety cars: yes (to the latter) 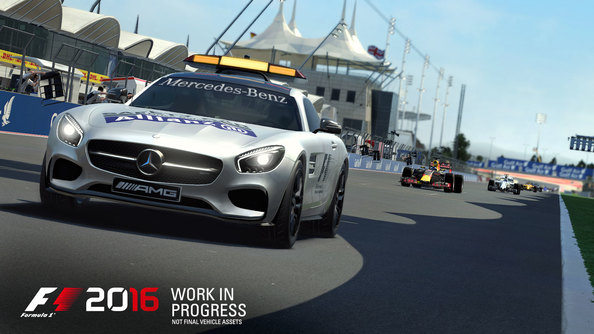 There it is! Ensuring safety for all those behind it, and a career-ending scandal if your name ends with Piquet Jr, the safety car (and virtual safety car) make their long-awaited return to Codemasters’ F1 series this year.

As for formation laps, there’s no mention. It’s not the sort of thing you put in a press release, is it? And like the custom helmets, it isn’t going to sink the game if the formation lap isn’t included. It’s just one of those touches whose inclusion conveys that the developer really gets what you want to get out of a game like this, isn’t it? There’s still time, so let’s keep our eyes peeled, ears pricked, and remain crouched and ready to pounce on new information. 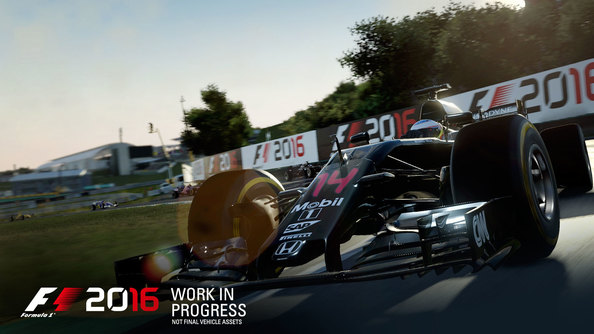 This might fall within that aforementioned Research and Development Engineer’s remit, but the extend of his role and how car development is implemented remains to be seen. Codemasters have experimented with young driver tests and mid-season test runs in the past, so it’s not out of the question that we’d see a fleshed-out mode based on those foundations find its way into F1 2016. Developer and publisher aren’t saying anything more about it for now, though. 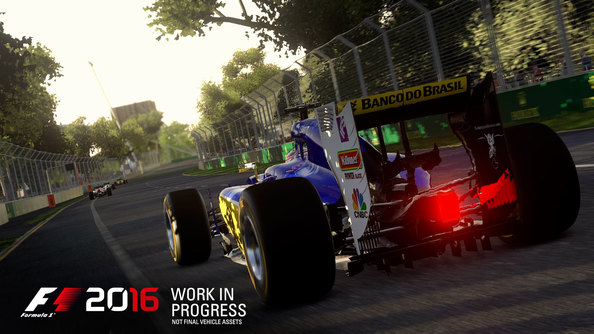 This is another one of those things you’d be shouting about right out of the gate if you’d managed to pull off. Formula One Management aren’t the most easygoing of organisations, to the extent that they continually insist on styling ‘formula one’ in block capitals no matter how idiotic it looks, so I can’t imagine it’s easy to wrange the rights to other Formulas and chuck them in your game just because it’d be fun.

Still, it’s a shame. And it’s something MotoGP, a series that itself owes hugely to the F1 games, manages to pull off with Moto1 and Moto3. Maybe next year, eh? Or the year after that. Or when it starts dropping nippy in hell, maybe then.

What’s on your own personal F1 2016 wish list, and have Codemasters announced enough to get you excited for this game? Let us know below.