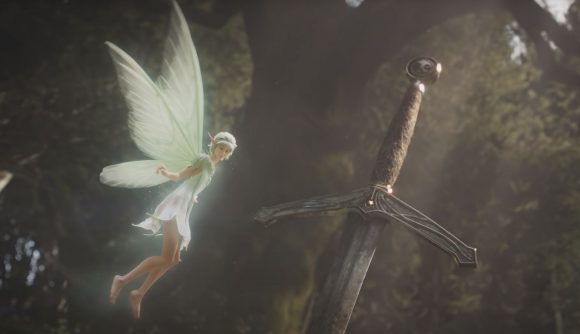 With Playground Games taking the helm of the Fable series, the IP now straddles multiple developers as well as titles across two decades. Balancing player expectations with a beloved series’ history and innovation is always a tricky task, and now the head of the forthcoming Fable’s publisher has likened it to creating a new Star Wars flick.

In an interview with The Guardian, Xbox Game Studios head Matt Booty discusses the new Fable game and the challenge in creating a new game in the existing series against player expectations. “With any kind of franchise like that,” he says, “where you’ve had existing versions, there’s always that balance between what you’re going to bring forward, what still stands up, and what you want to add that’s new.

“It’s like the challenge of making a new Star Wars movie,” he continues. “There’s stuff that everyone wants you to bring along, but then you’ve got a responsibility to that, to new places, and I trust Playground has a good vision for that.”

The first Fable game launched way back in 2004 from developer Lionhead Studios and publisher Microsoft Studios, followed by the highly-rated Fable II, and then latest title in the main series, Fable III. Plus, there’s been a handful of offshoot games like Fable: The Journey and Fable: Heroes – so, there’s a sizeable legacy for Playground Games to take on.

However, it sounds like Xbox Studios is confident Playground will deliver a “very high-quality” game. “I just look at what Playground has done with the Horizon series – that attention to detail, the ability to represent these naturalistic landscapes,” Booty tells the site.

“They also have a real passion for the IP and a unique point of view on what’s core to Fable. Everything I’ve seen as the game progresses tells me this is going to be a very high-quality release.”

There’s no Fable 4 release date to jot down in our calendars just yet, but that recent teaser has given us plenty to ponder for now. Hopefully we’ll see more in the way of gameplay and solid information about what’s to come in the not-too-distant future.