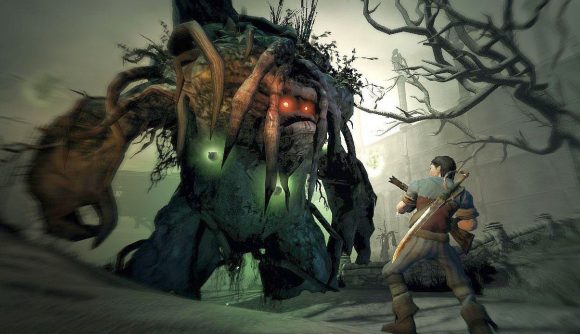 Microsoft has got some plans up its sleeve for the wonderful and whimsical world of Fable, it seems. The company, which acquired Fable studio Lionhead way back in 2006 and is publisher for the RPG games series, has renewed the IP’s trademark, and notes in the application that it has ‘intent to use’ it – at some point.

The Fable trademark registration application (via IGN) isn’t particularity intriguing in itself, as companies will often renew ownership of their IPs, even if they don’t have plans or projects in the works pertaining to them. However, scroll that page down a little and you’ll spot that, while it’s currently marked ‘no’ against the ‘current use’ field, Microsoft’s popped a tantalising ‘yes’ next to the ‘intent to use’ option. Hmm.

It’s far from confirmation that another instalment in the Fable universe – even a Fable 4 – is in the pipeline, by itself. However, earlier this week it appeared that a Fable-related Twitter account had been set up in recent months, chucking a little more weight behind the now long-simmering rumours that another Fable’s on the horizon.

Aaron Greenberg, general manager of Xbox Games marketing, responded to the discovery, saying: “I know everyone is hungry for news, but sorry to get your hopes up. These accounts have been inactive for years, it’s standard practice to secure social handles for our IP.” However, it seems the account was set up in 2020 and possibly has a Microsoft email address associated with it, so it’s not wholly clear what the ‘placeholder’ accounts are for.

I know everyone is hungry for news, but sorry to get your hopes up. These accounts have been inactive for years, it’s standard practice to secure social handles for our IP.

There have also been rumours circulating for a while that a Fable game is in the works, perhaps at the British studio Playground Games, and last year Fable 4 showed up in Microsoft’s own Mixer database. However, there’s still nothing solid pointing to a Fable 4 release date – let alone its existence – just yet.

Hopefully, Microsoft will have something to share at some point in the not-too-distant future, as last year head of Microsoft Game Studios Matt Booty teased that he would love Fable fans to be around for the (now-cancelled) E3 2020, saying, “A lot of great stuff [is] waiting in the wings for next year. Hope to have you back in a year.”