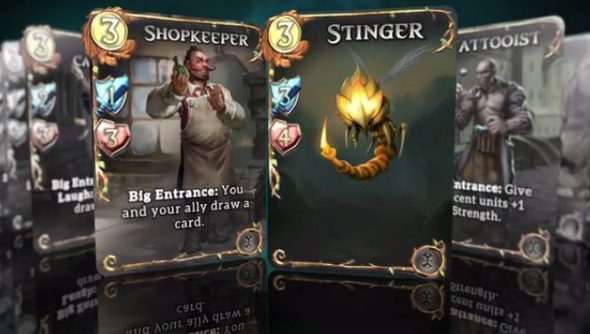 The Fable Fortune Kickstarter has ended, but don’t despair – the developers have secured funding for the game from elsewhere and they’re planning to release a closed beta on Steam soon.

While you’re waiting, why not check out our list of PC’s best free games.

According to an update on the game’s Kickstarter, this mysterious funding, alongside the development team’s personal investment, is enough to ensure the game sees the light of day.

“With the immediate future of Fable Fortune now secure, we have taken the decision to end our Kickstarter campaign early to focus on releasing a closed beta build as quickly as possible,” says the update. “As we’ve always stated, we want to make this game with your help, your feedback and your input. We have huge plans for Fortune and we know that whatever happens in the future, it all started with our already incredible community.

“Although we will now be concentrating on the closed beta, the alpha build will remain available during this period and we’ll be looking to deliver a balance update in the very near future.”

“Thanks to your support and the positive reviews from our current players, we know we have something special on our hands and want to enable as many people as possible to experience Fable Fortune over the coming weeks and months,” the update continues. “Ultimately, we believe following this path is the best way to achieve this goal.”

If you’re interested in taking part in the closed beta for Fable Fortune, you can sign up at that link back there.