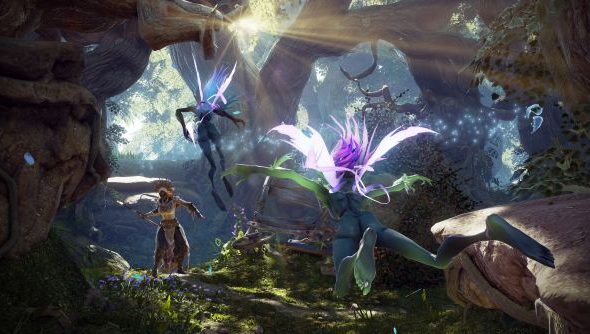 Legendary British developer Lionhead Studios’ latest game, Fable Legends, has been officially cancelled, and owners Microsoft are currently discussing closing the studio with employees. The news comes out of the Xbox blog today, which also announced the closure of Press Play Studios of Denmark, along with the cancellation of their own game Project Knoxville.

“After much consideration” reads the message from Hanno Lemke, General Manager of Microsoft Studios Europe, “we have decided to cease development on Fable Legends, and are in discussions with employees about the proposed closure of Lionhead Studios in the UK.” Fable Legends was initially announced more than a year ago, but went through various delays, including one to the beta late last year. Things have been quiet ever since, and now we know why.

The post continues, “These have been tough decisions and we have not made them lightly, nor are they a reflection on these development teams – we are incredibly fortunate to have the talent, creativity and commitment of the people at these studios” and goes on to say that “These changes are taking effect as Microsoft Studios continues to focus its investment and development on the games and franchises that fans find most exciting and want to play.”

To read between the lines a bit, basically both studios weren’t creating products enough people were interested in, and Microsoft don’t believe they will be able to in the near future. I would guess that the “in discussions about the proposed closure” line means that Microsoft are considering selling or otherwise moving the studio on, depending on those talks, but I’m no business expert. As for those left behind, Lemke says that Microsoft will help them to secure jobs elsewhere:

“We have nothing but heart-felt thanks for the members of Lionhead and Press Play for their contributions to Xbox and gaming. We are committed to working closely with those affected by today’s news to find them new opportunities at Xbox, or partnering with the broader development community to help place them in jobs elsewhere in the games industry should they desire.”

Good luck to those affected, and sorry if you were looking forward to Fable Legends – or any new Fable games, at least in the near-term.