If there was ever a game that needed mods, it’d be Factorio. Factorio mods, much like user-generated content for games like Kerbal Space Program, allow the players to fill in the small gaps and quality of life changes on behalf of the dev team so that they can concentrate on the bigger picture.

It’s not ideal, but it works, and communities like these are great at coming up with fixes and ideas the rest of the dedicated playerbase can get behind. Factorio is another early access darling as well – first appearing on the scene in 2016. The players have had half a decade now to figure out what they want, and what’s needed to elevate the economic management game to the next level.

We’ve compiled a short list of excellent Factorio mods that we think might be of interest to veteran and even returning players. We’ve cherry picked some enhancement mods, some helper mods, and a couple of overhauls that provide a new fresh experience. If you haven’t had any experience with modding Factorio before, we’ve got a help section at the bottom of the article. Enjoy!

Here are the best Facotrio mods:

Unless stated otherwise, all mods are compatible with Factorio Version 1.1. 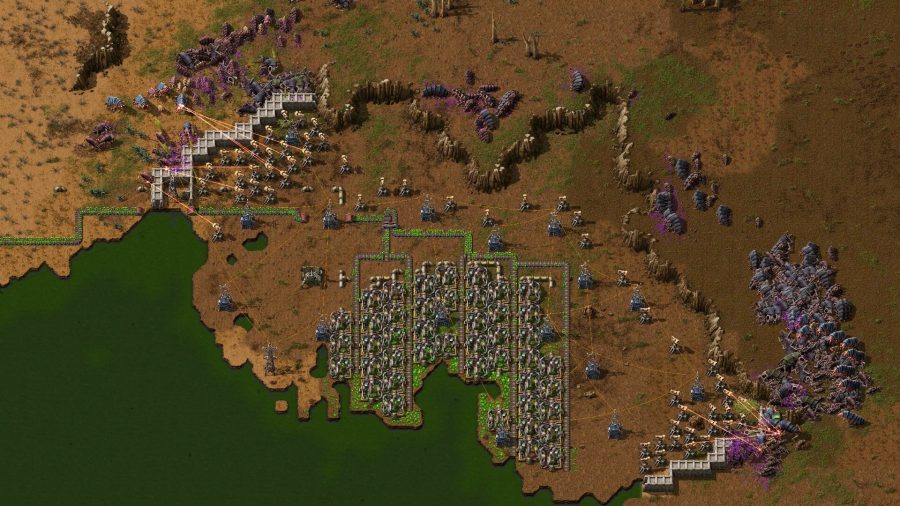 In the Factorio mod scene, two modders have quickly risen to prominence and released a full suite of mods that are incredibly popular. The first of these is ‘Bob’, and rather than pick up individual mods of his we thought we’d talk about the modpack that you can download from the mods website.

Bob’s modpack contains 19 separate downloads, ranging from the common such as Ores, Tech and Power, to some more inventive stuff like Warfare, Enemies, and Bob’s Greenhouse. You can either download the lot, or consult the full list and cherry pick the ones that seem more interesting to you.

The second popular modpack, Angel has far less mods out in the wild (the modpack has eight, one of which is a beta), and they focus more on standard Factpori gameplay mechanics vs. expanding gameplay.

There’s mods for storage, ores, mass transit, and a reskin mod that’s quite popular. Check out the full list if you want to pick specific items. 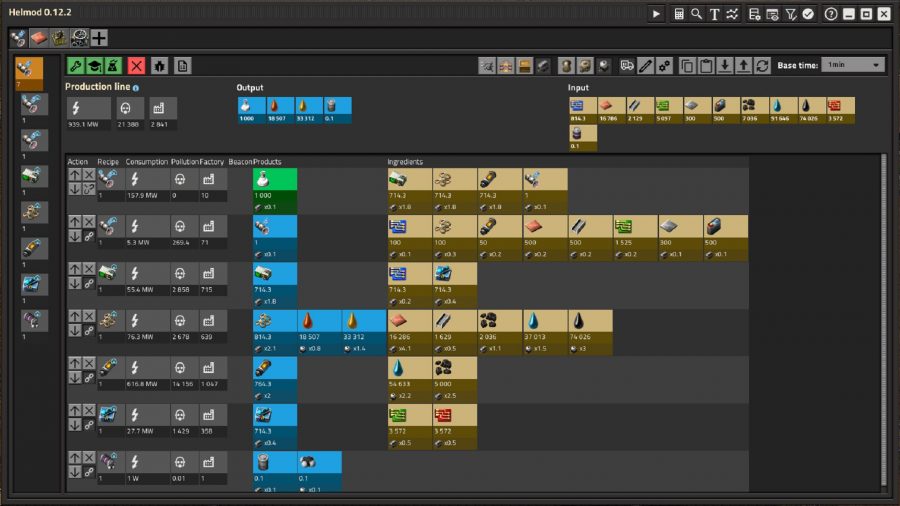 Helmod: assistant for planning your base

Factorio is a game about building industrial engines that can grow exponentially, provided you can keep all of the plates spinning and keep the enemies at bay. It’s a game where hindsight is 20/20, and one where you can definitely benefit from some forward planning.

Helmod is here to do just that. It’s listed as a ‘helper’ mod, and all it does is add an extra overlay to the game. That’s it. In this overlay, you can help plan out your factory builds and try to anticipate their future needs. It won’t be able to help you if you can’t get the conveyor belts going in the right direction, but it’s still pretty useful. 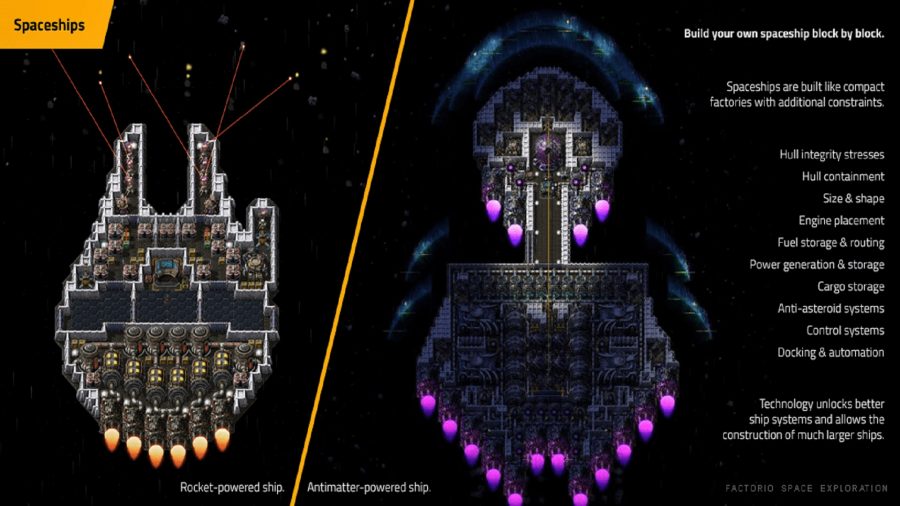 From utility, to the final frontier – why worry about building factories on the ground when you can build a factory in space! Also known as a spaceship.

Space Exploration is an overhaul mod that offers a unique gameplay experience. Sure, to start with you’re still on the ground, getting basic industry up and running, but the eventual end goal is that you launch satellites and facilities into space. You can then build spaceships to go explore other planets. Spaceships are basically small, self-contained factories that have had various parts and elements modded to give it the functionality (and appearance, sort of) of a spaceship.

SE is a mod that has a long end-game, and it doesn’t work well with other mods. If you’ve been looking for something to spice things up though, this is definitely a place to start. You also need this graphics mod and a post-process mod to make this work. 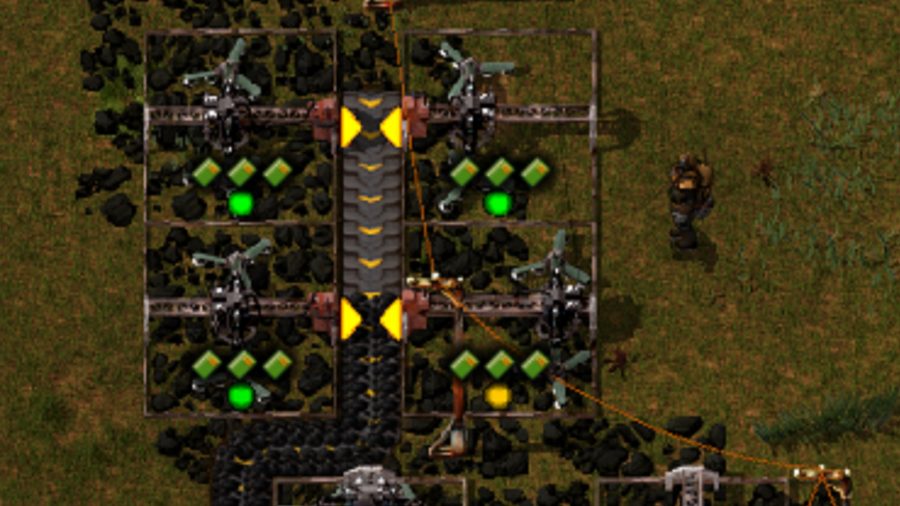 Another useful helper mod, Bottleneck’s job is to simply give you a clear and easy way to identify machines that are not getting the resources they need. These literal bottlenecks can easily wreck a balanced ecosytem.

Its basic functionality is a traffic-light system; green means everything is working fine. Yellow means that the machine is not doing anything, but that output is the limiting factor. Red means the machine isn’t doing anything, but input is the limiting factor. It’s this last category that will help you find where the real problems are in your industrial utopia. The colours themselves are configurable through the settings menu. 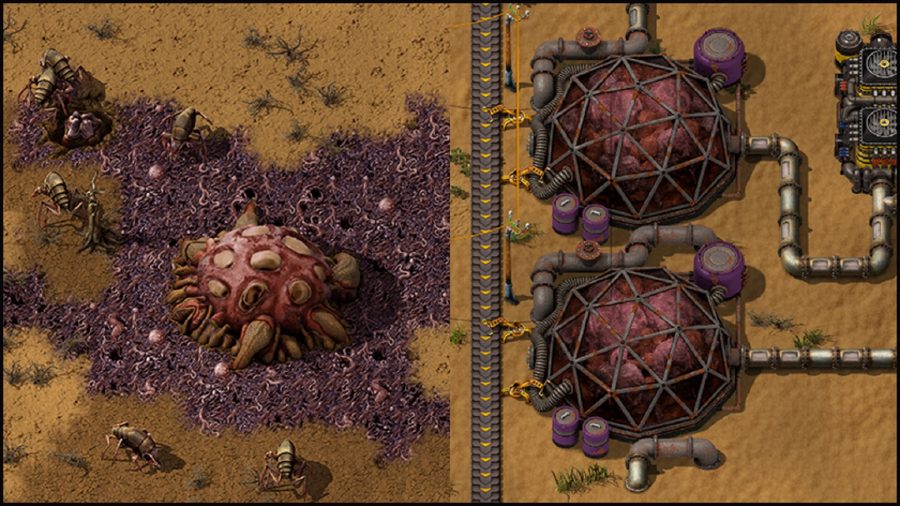 Another one for those looking for a new challenge. This is a multiplayer friendly mod that introduces new energy sources, buildings, tech, and overhauls combat and fuel mechanics, to name but a few things.

Krastorio 2 also has a pretty neat art style. It’s less of a full overhaul and more of a vanilla+ kind of mod, but it still changes a lot of things and adds a ton of new content. It’s another mod that doesn’t work well with others, and you’ll need to start a new game to make full use of it. 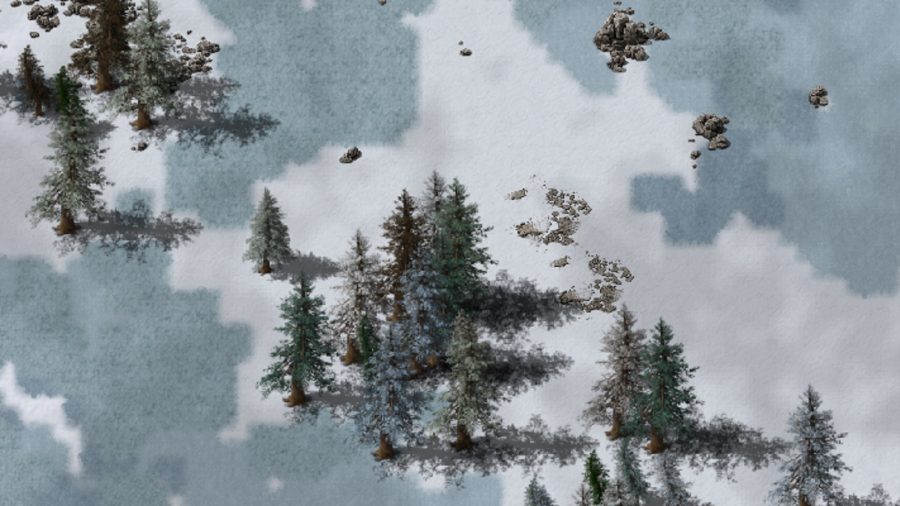 Last but not least, a visual mod. This one doesn’t change anything gameplay related, and it’s not a ‘helper’ mod, but it does offer some new biomes to play around in. You can play in snow, or a volcanic biome, even dirt. Everybody likes dirt.

It even comes with new trees and decorative plants, and there are plenty of settings to offer some fine control as to what your next environment will be like. Grab Alien Biomes here. 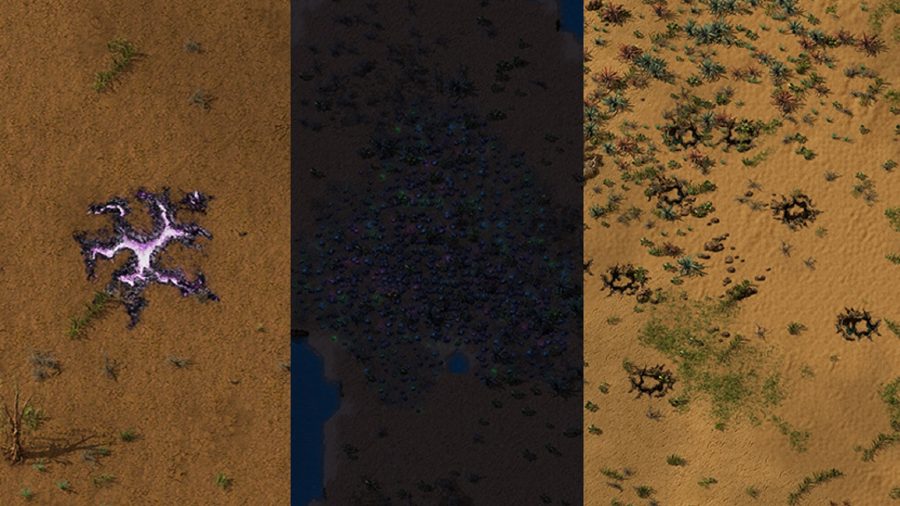 How to mod Factorio

Despite being a popular game on Steam, Factorio doesn’t actually support Steam Workshop. That said, modding the game isn’t as complicated as other games that require ‘manual’ modding, although you can mod the game manually if you want.

The easiest and best way to download mods is actually via the in-game mod manager, which will let you browse and install user-generated content from within the client. You’ll still need to restart the game before you can use them, but it’s as painless as it can be without workshop integration.

Or there is always the traditional method. Factorio has a great online mods portal that categorises mods quite specifically, making them easy to search for. All you need to do is download the zip folder, and then move that zip file to the right directory. Note, you do /not/ unzip the file, like you typically would with other manual modding methods. For Windows users, this will typically be: C:\Users\user name\AppData\Roaming\Factorio\mods\

For more information, you can check out that official Factorio wiki page.