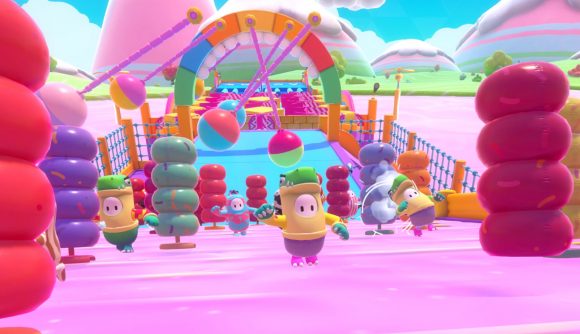 Devolver Digital has already shown off some of the games it has in the pipeline – the Austin-based indie publisher had some titles featured in the Future Games Show June 13. But with E3’s physical expo cancelled this year to help with efforts to contain the coronavirus, Devolver still plans on holding one of its signature showcases, and it’s saved some unannounced titles for the Devolver Direct, set for next month.

“If all goes well with production,” the Devolver Direct will be held sometime in mid-July, the publisher tweeted June 15. “This year will have some updates + release dates on upcoming games and a couple of new games to reveal – all with gameplay.”

The ‘production’ mentioned probably is whatever wacky stage show the publisher has planned for this year – the company normally goes the extra mile in creating a presentation that marks it out as something very different from the more corporate Sony, Microsoft, and triple-A publisher fold. Even if it doesn’t always work, exactly, the Devolver show is always interesting at the very least.

There’s usually some kind of overarching plot connecting each segment between trailer reveals, and that normally involves the use of lots of fake blood, campy costumes, and dramatically coloured lighting.

Devolver Direct 2020 will be mid July if all goes well with production.

This year will have some updates + release dates on upcoming games and a couple of new games to reveal – all with gameplay.

What else Devolver might have up its blood-stained, pixel-art sleeve is anyone’s guess, and we’re keen to see whatever that may be.