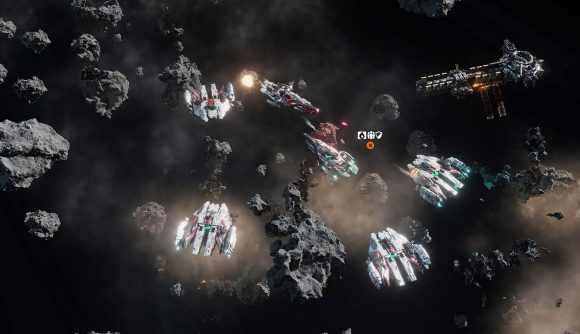 E3 is a time of wonders, but as much as we can be excited by Battlefield 2042 – and whatever else the schedule will throw at us over the next week – there’s plenty to look at from the indie realm as well. Falling Frontier is a space-based RTS strategy game that we’re quite excited about, if nothing else because it’s so darn pretty.

Designed by one-man band Todd D’Arcy under the name Stutter Fox Studios, it strikes a balance between logistics and management-based gameplay that uses more believable science, and the fun, flashy laser-fest that science fiction is known for. “I’ve created this grounded and intentional world that is familiar to people,” D’Arcy explains, “but still has a lot of things that people expect [from sci-fi].”

It’s a difficult mix of ideals to balance – the environments in Falling Frontier are some of the prettiest I’ve ever seen in a space strategy game to date, but the solar system is a fixed environment devoid of orbital mechanics. Likewise, the focus on logistics and managing a growing orbital empire is all done within the context of jump drives being a thing.

Here’s a quick trailer that shows off some of the basic exploration and operation mechanics: 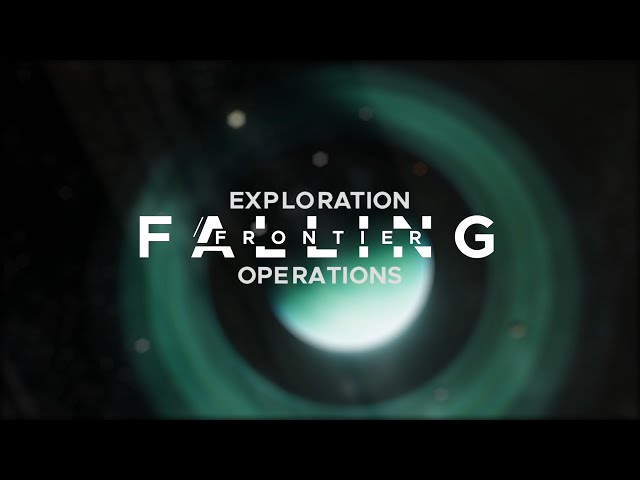 Ship density in Falling Frontier is, by design, supposed to be low, so each ship you have in the field becomes more meaningful, almost like a character in its own right. There’s a very pretty ship designer for both external and internal variables, and each ship can have crew as well which will contribute to the overall performance.

Falling Frontier was originally created as a skirmish game, with an emphasis on open-ended play and ‘last man standing’ deathmatches like you would see in the competitive RTS scenes of old. Stutter Fox has since decided to shift focus slightly to bring in a narrative-driven campaign first, to flesh out the lore and the universe behind Falling Frontier. A teaser trailer was released for this just last week. Skirmish mode is still set to be included at launch, however. 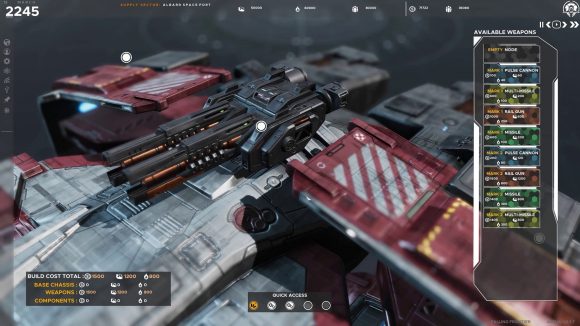 We were impressed with what we saw during the E3 demo. Combat looks weighty and is visually enticing, and watching the logistics networks spread out in real-time is quite something. Did we mention how gorgeous it looks, by the way? Just zooming in and out looks dreamy.

One of the main ‘announcements’ for the game as part of the E3 demo is that the first phase of mod tools will also be coming. At the moment this consists of a scenario and map creator, where you can place stellar objects wherever you like and create your own canvas to set your games. Future ambitions for the tools include being able to import custom 3D models, letting players reskin the game however they please. 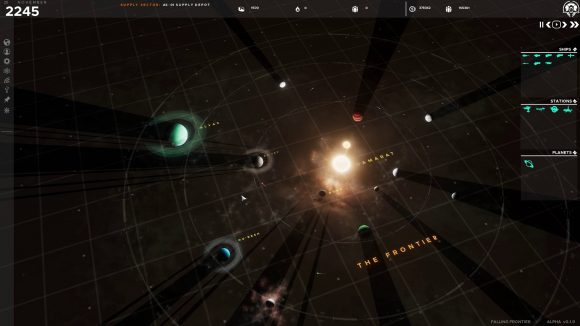 Falling Frontier is being published by Hooded Horse, a new indie publisher that’s also bringing us Terra Invicta (The debut original game from the creators of The Long War XCOM mods) and a new 4X game called Alliance of the Sacred Suns, both of which look just as promising.

Falling Frontier is due out on PC via Steam in late 2021.