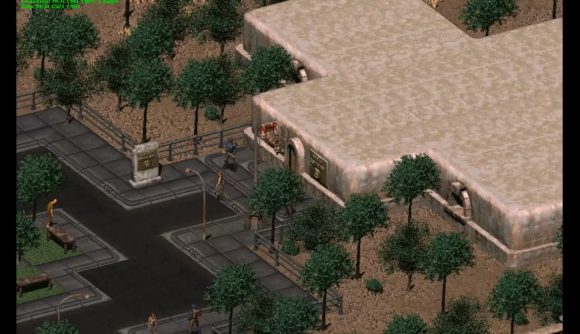 When most people think of Fallout, it’s in the “modern” 3D form that emerged just over 10 years ago with Fallout 3, which introduced the franchise to mainstream success. But before that, the series had been anchored on two fiddly, grainy RPGs developed by Interplay. While Bethesda took the natural step of taking its new vision for Fallout into the massively multiplayer space with Fallout 76, fans around the world have made a series of MMOs based on the original 2D games.

The games are all based on a system called FOnline, and they’re a rough collection of several distinct projects, each worked on by different groups of independent volunteers, modders, and developers around the world. Some are Russian-language only, a few have emerged, lived, and eventually died, and now there’s a new one on the way: FOnline 3, currently in development by someone who goes by KompreSor.

The goal for FOnline 3, he told PCGamesN over Discord, is ultimately to replace the abandoned FOnline Reloaded. It’s based on another iteration called FOnline Aftertimes, which KompreSor spent some time helping develop.

FOnline 3, along with the rest of the fan games built on the FOnline engine, certainly capture the look of the two original Fallout titles. Things get a bit busy with all the character names and titles during larger battles, but these look just like the first Fallout games looked. What’s missing are the classic turn-based battles, which don’t show up in the trailer. Instead, it’s reminiscent of the early years of Ultima Online. However, KompreSor says that “certain parts” of the game are turn-based.

More like this: The best MMO and plenty more

FOnline 3 and its predecessors look so much like the original Interplay games, in fact, that their legality is fairly dubious. While the games have all been completely free to play, that may not be enough to protect them from demands from the rights holders to shut down. Fortunately, that hasn’t happened so far.

For now, though, KompreSor says FOnline 3 will be opening up for beta testing in October. There’s an official Discord and FOnline 3 website to use if you’re interested in keeping up on the latest developments. You can also download and play FOnline 2 now by visiting the ‘official’ website. As fan projects go, this one seems interesting – it’s been around a while, just under the rusty radar.