May 10,2021 This article was originally published as part of our week-long celebration of Fallout’s 20th anniversary back in October, 2017.

I remember being born: the blinding bright light, the gentle voice of my father, Liam Neeson, asking me all sorts of philosophical questions like who I want to be when I grow up. It was not a usual birth but I am not a usual boy. I recall escaping from a playpen and leafing through a copy of S.P.EC.I.A.L. before settling on the idea that adult me would be built like a brick shithouse, dumb as a bag of hammers, and extremely lucky.

Then came my birthday party. I only had one and it wasn’t great. Ne’er-do-well Butch DeLoria tried to steal the sweetroll that Old Lady Palmer gave me – he started attacking me when I said no so I went back at him. Officer Gomez had to separate us. I may have also brought up the fact his mum is an alcoholic, which no doubt angered him further. I didn’t tell any adults I said that; I was the innocent birthday boy.

My mid-teens featured a particularly nasty run-in with Butch’s gang, the Tunnel Snakes, ahead of the life-changing Generalized Occupational Aptitude Test. They were harassing my best friend Amata by the water cooler, threatening to break a few of her bones for telling on them. I fought them until Butch gave up and called his goons off. The test didn’t go too well either – according to the results, I was Vault 101’s designated fry cook.

The last thing I remember about growing up is escaping, which was a blur of brawls, radroaches, and people I’d known my whole life turning on me. 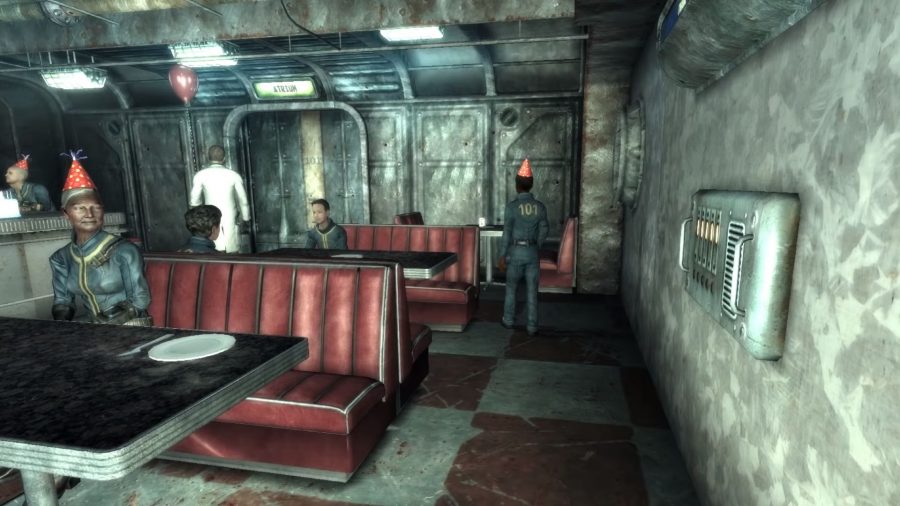 I have played through the opening of Fallout 3 upwards of 30 times, but leaving the comfort and safety of Vault 101 never gets any easier. No tutorial or introductory set of missions does more to immerse you in its world than Fallout 3’s all-too-brief stint in a populated, functioning Vault-Tec vault – stepping out into the serene devastation of the Capital Wasteland for the first time is not a liberating experience, it is one of sheer terror.

Of course, it doesn’t take long to get acquainted with the various quirks of post-apocalyptic life, but that initial pang of anxiety never really leaves you. For the first half an hour of Fallout 3 you are living in a bygone era, from cradle to adulthood you grow up in roughly the same world that existed before the bombs dropped. Yes, you are underground, but the same principles of pre-war life apply: uniformity reigns supreme, you know your neighbours, and optimism abounds.

Growing up in Vault 101 is like living in a dream state, where there is scant mention of the horrors of the wasteland outside. Instead, you hop between scenes of normal life in post-war America before being dumped into a hellish dystopia. 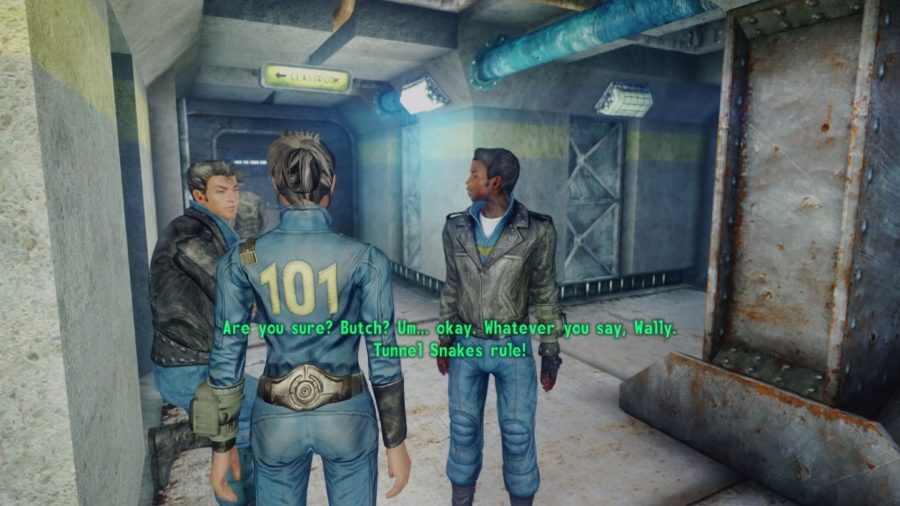 While exploring the Capital Wasteland, you stumble across other vaults like your own, and even a replica vault in a museum that looks the part – even if it is undermined by an eerie verisimilitude. The closest you get is Vault 112, whose inhabitants have been in stasis since the bombs fell, living in a virtual reality created and controlled by psychopathic scientist Dr. Stanislaus Braun.

The simulation is called Tranquility Lane, a fictional cul-de-sac in pre-war America where vault residents live out a prim and proper existence of domesticity, albeit under the manipulative thumb of Braun, who treats them like his personal playthings. That spoils the whole utopia thing a bit, especially when Braun – who takes the form of a little girl called Betty in the simulation – asks you to make a child cry and split up a marriage.

As you near the end of Fallout 3’s main quest series you get a chance to return to Vault 101. An emergency broadcast frequency pops up on your Pip-Boy. It’s Amata, pleading for you to return as the situation in the vault has deteriorated – some of your fellow vault dwellers want to leave and the isolationist overseer has gone mad with power trying to keep life in the vault as it has been for the 200 years since the bombs fell. Coming home is ever the bittersweet experience. 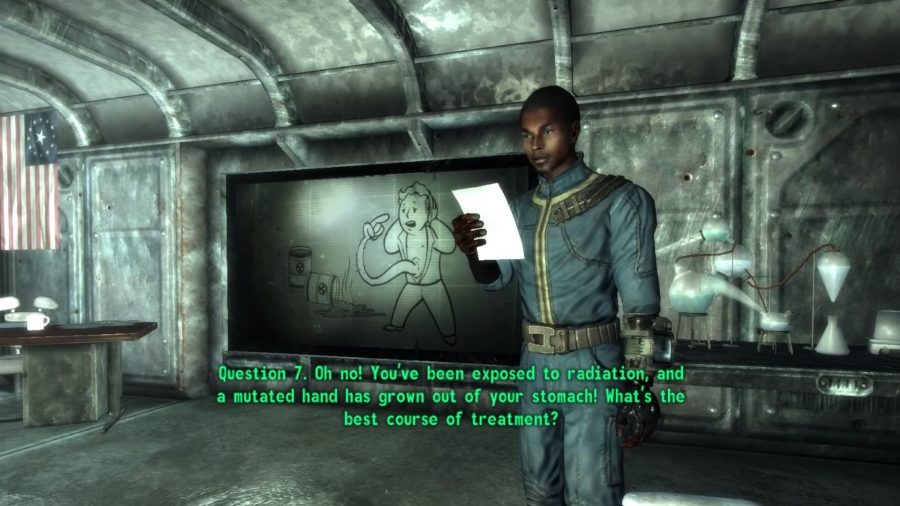 Inside, the vault is nothing like you remember it. Vault security are acting like the guards from the Stanford Prison Experiment, coaxing one another into stronger and stronger displays of force. Meanwhile, to defend themselves, the rebels have fashioned a barricade around the vault’s clinic – their hostile sentiments can be read on graffitied signs and slogans in the atrium.

However you choose to approach the mission – seal the vault, open it up, or render it totally uninhabitable – once you leave, you can never come back. It is far from the homecoming I dreamt of when leaving Vault 101 for the first time.

When that door rolls back into place for a second time, forcing me back out into the Capital Wasteland on my lonesome, I realise the only way to experience that pristine, perfect fantasy of bunker life again is to start a new character. That is why I have created over 30 characters in Fallout 3. The vast majority of them never make it beyond Megaton. 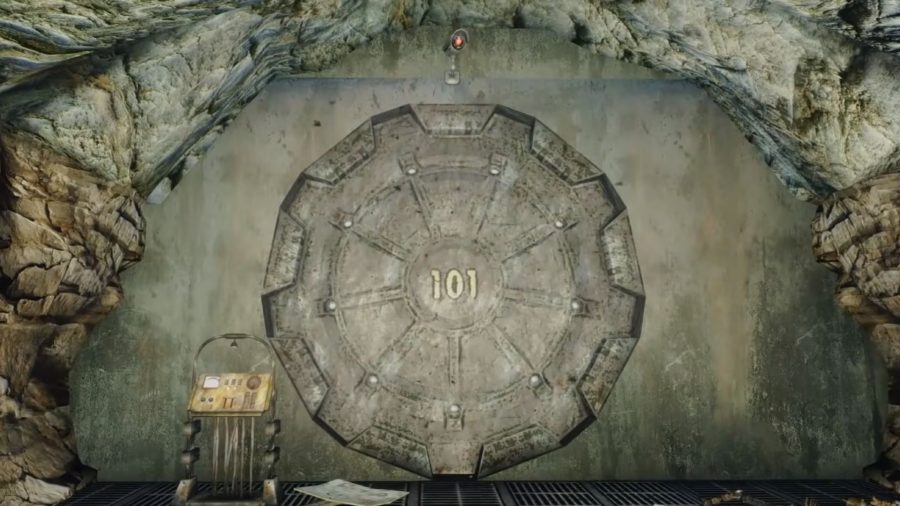 Fallout 3’s Vault 101 opening is superb at establishing a sense of home, only to pull the rug out from underneath you so that you really feel like the Lone Wanderer you must become. Wherever you go during your travels across post-apocalyptic Washington, D.C., no townships, factions, or citadels come close to feeling like the place you belong: sleeping safe and sound in the arms of science-dad Liam Neeson.