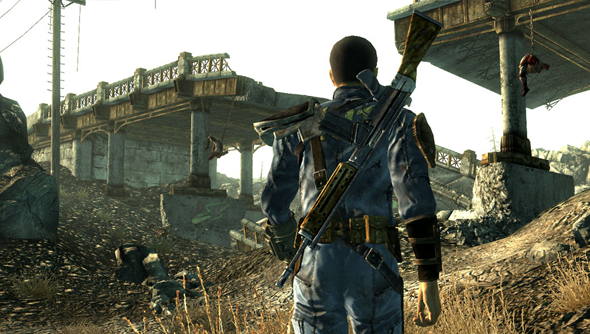 Holding out hope that Bethesda planned to announce Fallout 4 later this week? Unfortunately, if they do, it won’t be via the Survivor 2299 website because that site’s one big horrible hoax. The site’s owners have been running an elaborate ARG for the past three weeks and it come to its conclusion last night.

As all things should, it concluded with a Rick Roll.

As Rob summed up yesterday, the site had been updated regularly with Morse Coded messages referring to a future-Boston, torn apart by nuclear war. The Massachusetts Institute of Technology, MIT, had become a self-sufficient organisation simply called The Institute and it sounded like a number of its experiments were out roaming the wasteland.

Well, today the site was updated with this

Oh, and for the “haters”, a special page has been set up for those slightly peeved by the news that this site is a fake.

While Fallout 4 is extremely likely to be in development, unless word comes from Bethesda or Zenimax it’s worth ignoring it. If only we’d had a mantis shrip on staff, it would have solved the puzzle in no time: