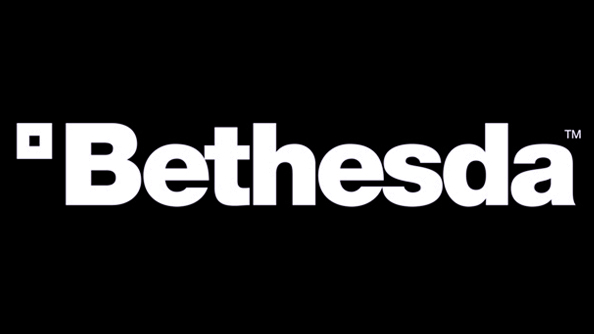 Over the past 24 hours, Bethesda have been tormenting fans with a series of cryptic images, all featuring pink in some way. What do these mysterious pictures indicate? God knows, honestly. But we have a few ideas too.

Back on April 20th, Bethesda posted a cute faux-papercraft animation animation sequence to hype up their appearance at E3, featuring characters from pretty much all of their well-known titles (including Doom, Elder Scrolls, Quake Champions, Dishonored, Wolfenstein, Prey and possibly Rage). Back in 2015 Bethesda released a similar promo image featuring a range of characters, and pretty much all of them came up during the presentation. Could the same happen here? It’s a lot of games, but they don’t all have to be big sequel announcements – Bethesda loves porting things, after all.

Last year they managed to showcase at least something from most of their big properties, with Skyrim being ported to the Switch, an Elder Scrolls Online expansion, a new Wolfenstein game, a new character for Quake Champions, Dishonored DLC, and VR versions of both Doom and Fallout 4. In order to cover all the games reference in this year’s animation, they’d have to one-up their show last year.

There’s a fair number of Bethesda properties that could be connected to good old Elizabeth tower. Most likely is Dishonored, which although takes place in a fictional setting, definitely takes a lot of aesthetic inspirations from London architecture.

Wolfenstein: The New Order featured a mission set in London, a memorable level from an excellent game, ending in the destruction of the London Monitor, a titanic tripedal robot. Perhaps, having liberated the US in The New Colossus, BJ could make his way over the pond to Blighty.

When there’s Bethesda, there’s Fallout rumours – perhaps post-apocalyptic London could be the next destination for the venerable sci-fi series? Certainly it would be a side of the Fallout universe we’ve never had the chance to explore before, the series has never ventured out of the United States.

The obvious link to make here would be Starfield, the long-rumoured space-faring RPG title that we’ve been hearing whispers of for over five years. Nothing reliable can be nailed down about Starfield, with rumours that it’s an intergalactic entry in the Fallout series, a stand-alone project, or even a weird futuristic Elder Scrolls game (that last one is pretty unlikely).

The next clear link is to the rumoured Prey expansion set on the moon. Prey itself features a reference to lunar facility, so some DLC which expands on this background lore seems like a plausible possibility.

Wolfenstein has gone into space twice now, with the first game featuring a mission set on the moon and the second a mission set on Venus. It wouldn’t be a huge surprise if an Old Blood style spin-off or even full sequel made the jump back into that inky void.

Very few clues to go off here. There’s all the pink, but that doesn’t tell us much. The best guess we can make is that it’s a star, indicating Starfield, or possibly just an oblique reference to the road warrior aspects of Rage. We’re stumped, to be honest – what do you think?

Who knows, maybe Bethesda are returning to their 1997 race XCar: Experimental Racing.

If anything points to Rage 2, it’s this. The cool raider with a mohawk and armour, the “Anarchy Tours” branded bus complete with anarchy symbol, let’s face it folks, this is teasing Rage 2. Okay, it could /theoretically/ be a Fallout game, but it isn’t, because the original Rage literally had a special edition called the “Anarchy Edition”. If this is part of a long bait-and-switch though, and it turns out that Bethesda are reviving the Fantasy World Dizzy series, I will be delighted.