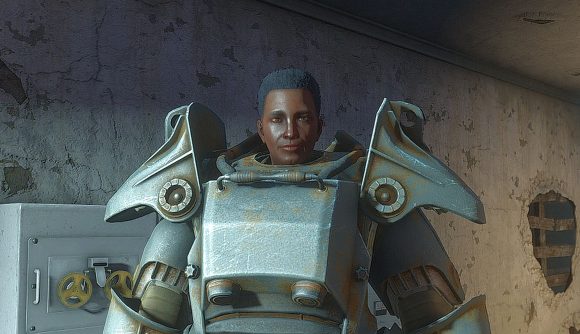 Capital Wasteland, an ambitious mod for Fallout 4 that aims to remake Fallout 3 within its engine, is back in development. The mod was put “on hold” amidst legal difficulties regarding the use of voice assets, but in an update yesterday, the mod team says it will re-record the dialogue. As such, the mod is back in business.

Back in March last year, the Capital Wasteland team spoke with Bethesda about implementing “the voice acting and other audio from Fallout 3” in their mod, explains project co-lead HcGxGrill. They were told their approach “would raise some serious red flags”. Project lead NafNaf_95 said last year that Bethesda can’t grant the rights to use Fallout 3’s voice acting since it’s licensed, not owned, by the studio.

The team were left with little choice but to re-voice all the dialogue from Fallout 3. This was understandably daunting for the small team, especially since it would involve imitating the game’s celebrity cast, which included Ron Perlman and Liam Neeson. But having poured “hundreds of hours” into the project and then being told to stop was more than HcGxGrill could stomach, and after a couple of months, he “slowly picked up the pieces” and carried on work anyway.

This was noticed by others on the team, and slowly, informally, work resumed on the mod. Lacking any other option, the decision was taken to re-voice the game.

Related: Fallout: New Vegas made our list of the best RPGs on PC

So yes, Capital Wasteland is back in development, but it sounds like the last year has been a demoralising one for the team, and they’ve just agreed to record 45,000 lines of dialogue on top of everything else. They’ll need some help, and not only in voice acting, but almost every other sphere of game development. You can help out by going to www.capitalwasteland.com/contact and volunteering.