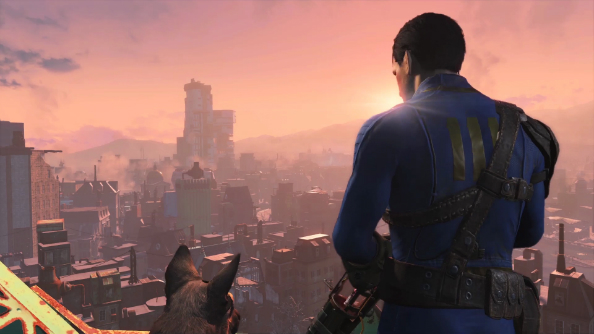 A certain fictional rabbit is either very early or very late with a tasty Fallout-related Easter egg that’s just surfaced in Diablo III. Good/bad Easter bunny. It’s also a nostalgic wink and nod, as it directly references the original Fallout, which launched way back in 1997.

Fallout 4 is really good, but it can’t quite match up to the very best games on PC.

Said festively themed egg relates to an item that has recently cropped up in Diablo III’s 2.4 patch. It’s a special gem that clearly loves a good irradiated pun: 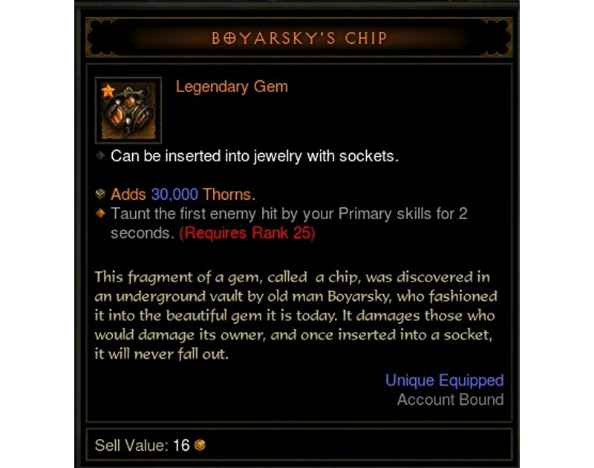 “Boyarsky’s Chip” references one Leonard Boyarsky, who not only worked on Diablo III, but was also art director on the first Fallout. It’s also a sly nod to the original’s Water Chip: a McGuffin the series’ debut Vault dweller had to retrieve in order to stop a serious shortage of the wet stuff.

Of course, the final two words of that item description are also a bit of a give away to all this wacky Easter egg business.

On a related topic, how are y’all getting on with Fallout 4? I spent a good 50 minutes obsessively tinkering with settings because my game hit a ‘catastrophic’ low of 53fps upon entering Diamond City yesterday. Turns out, even a 980 TI doesn’t like anything above Fallout 4’s medium Shadow Distance preset.

If you’re not afflicted by my Terminator eyes, and just want to enjoy the game like a normal human being, you should check out our Fallout 4 companions guide.