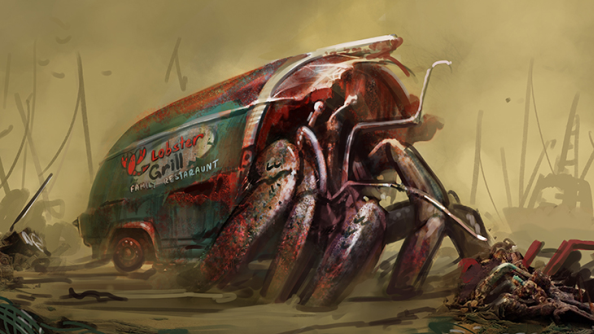 Fallout 4’s Far Harbor is what we would have called, in the days of Oblivion’s Shivering Isles, a full-blown expansion. It fills an island with new quests and settlements and asks you to sail there with Nick Valentine, the game’s hard-boiled best character.

Does Fallout 4 deserve a best RPG slot? Read the rest of our entries and decide for yourself.

Unlike the rest of Fallout 4’s perfectly respectable post-release output to date, it’s the sort of DLC you come back for.

This is apparently the largest landmass Bethesda have ever made for an add-on, and they’ve filled it with fog. Somewhere within the irradiated mists are a set of slightly disgusting new coastal creatures, a community of hardy post-apocalyptic fisherman, and the returning Children of Atom – the bomb-worshipping cultists who you might have spotted in the Glowing Sea.

The studio are also digging into the gnawing uncertainty around synths. Can anybody in the wasteland truly know they are themselves, and not a replaced person with implanted memories? It’s one of those eternal existential questions.