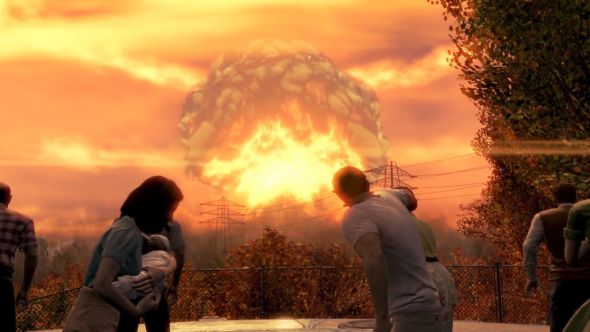 According to AMD, Fallout 4 is VR’s killer app. It’s going to be nuclear. In fact, it’s apparently so good that it will change the face of the industry. No pressure, Bethesda.

For current titles, check out our list of the best VR games.

These statements come in an MCV interview with Roy Taylor, AMD’s corporate vice president. In a chat at VR World Congress, Taylor said Fallout 4 VR was “the Mario, the Sonic the Hedgehog” of the VR industry.

“It will change the way we think about VR,” he said. “It will be an industry changer.”

Fallout 4 VR will be playable at this year’s E3, and I’m still betting on a surprise launch during the conference.

VR’s main obstacle in the way of becoming mainstream are the wires. AMD are hoping to solve this challenge with their partnership with Nitero, a specialist chip manufacturer for VR.

“They’re an inhibitor to what should be giving great freedom of movement,” said Taylor of trailing VR wires. “One of the most important things we do next is get rid of those pesky wires. I’m very pleased to tell you that AMD has come up with a solution.”

The tech is targeting the next generation of VR devices.