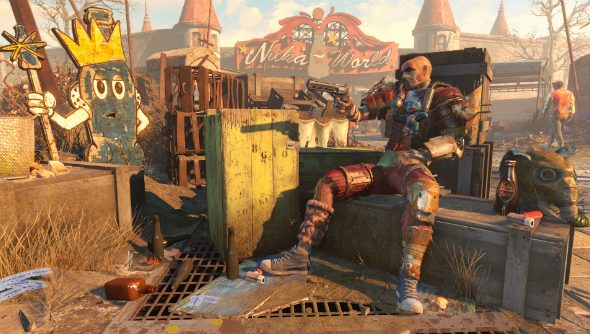 In preparation for the last story add-on for Fallout 4, Bethesda have rolled out a patch to make the base game compatible with it and squash a bunch of bugs.

The story doesn’t have to be over – there are more tough choices in our list of PC’s best RPGs.

As for other new features in the patch, a new store art type is available for Workshop settlements. And that’s it for new stuff.

Other than that, it’s all bug fixes for the main game and for mod use. My favourite is probably the bug that caused players to turn invisible if sneaking while using mods.