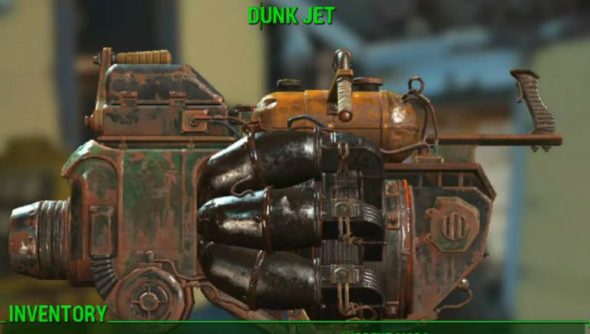 Charles Barkley is known as one of the most controversial basketball players of all time. Throughout his career, he’s ended up in fights with other players, fights off the pitch, and there was that one time he accidentally spat on a little girl in the crowd. Barkley has said himself that he shouldn’t be a role model.

Here’s another video that shows a Fallout 4 player adjust to life after decapitation.

“If I weren’t earning $3 million a year to dunk a basketball, most people on the street would run in the other direction if they saw me coming,” Barkley famously said. And it’s easy to see why, if this fan interpretation of Barkley as a wasteland survivor is anything to go by.

Armed with a ‘dunk jet’ loaded with basketballs from 1996, we see Barkley take on a bunch of raiders in post-apocalyptic Boston.

Fallout 4’s Boston might be filled with baseball references, but that doesn’t stop Barkley dunking everyone to death.