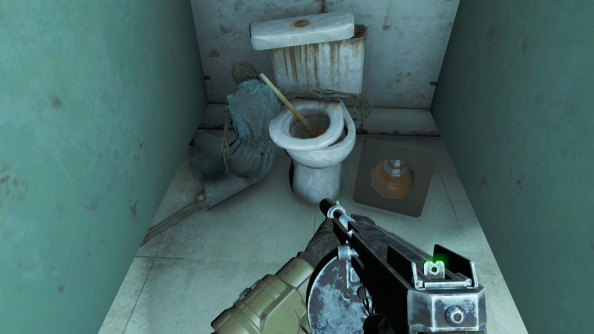 At launch, Fallout 4’s ‘survival’ mode was a bit of a misnomer. A simple tweak to damage modifiers and the regularity of legendary enemy spawns, it engendered none of the desperation and toilet-drinking of New Vegas’ hardcore setting.

Prefer a fanmade solution? Here are the best Fallout 4 mods.

Bethesda have let it be known, however, that they’re conceiving a rework that should live up to the name. The new survival mode will launch in Steam beta next week.

Survival mode update. Once it’s out of PC beta it’ll go to Steam release and we can submit for consoles. https://t.co/glWCJv3Nke

Leaked (and confirmed) details of the reconfigured Fallout 4 survival mode suggest something in the mould of The Long Dark – tied to a ‘wellness’ mechanic which asks players to stay fed, watered and rested or temporarily lose action points. There’s disease, too, carried by uncooked meat, unpurified water and infected creatures. Fortunately, antibiotics makes their first appearance in crafting.

There’s a sprinkle of Dark Souls and all – players can only save progress by sleeping in a bed, and that’s impossible with enemies nearby. You won’t necessarily know about those, since they’ll no longer appear on your radar.

Oh: ammo’s heavy now, too. Think you’re up for that?