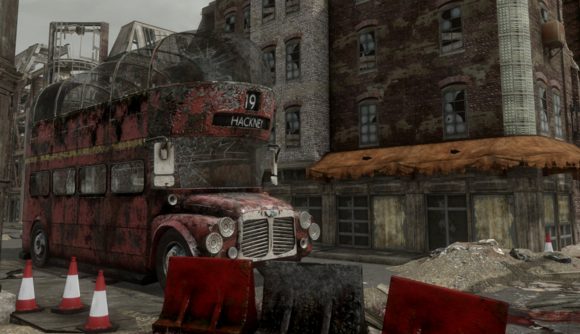 Last month, we got a good look at an enormous and ambitious mod coming up for Fallout 4. Called Fallout: London, it’s a project that promises a “DLC-sized” addition to Bethesda’s RPG game with a post-apocalyptic take on the UK’s capital. There’s been little word since, but today the modders have posted a tease about a new location that’ll feature in the mod.

In the original Fallout: London reveal trailer (below), we got a good peep at various recognisable, real-life locations given the Fallout treatment. There were shots of Tower Bridge, St. Paul’s Cathedral, Buckingham Palace, and a handful of other famous spots, too – but now it’s been confirmed that the iconic piazza Covent Garden will appear in the mod. We haven’t got a massively clear look at the location, but the modders have posted a wee teaser snapshot on Instagram, which you can check out below.

We can see one of the entryways to the indoor shopping and entertainment hub set against a hazy sky, and covered in graffiti. From the teaser, it’s easy to see it’s Covent Garden (you can check out this picture for reference if you’re unfamiliar), but it is only a hint about what’s to come.

What’s exciting is the confirmation that another of the city’s most iconic landmarks will appear in the huge – and hugely ambitious – mod. Here’s the teaser:

And here’s last month’s mod reveal trailer if you missed it: 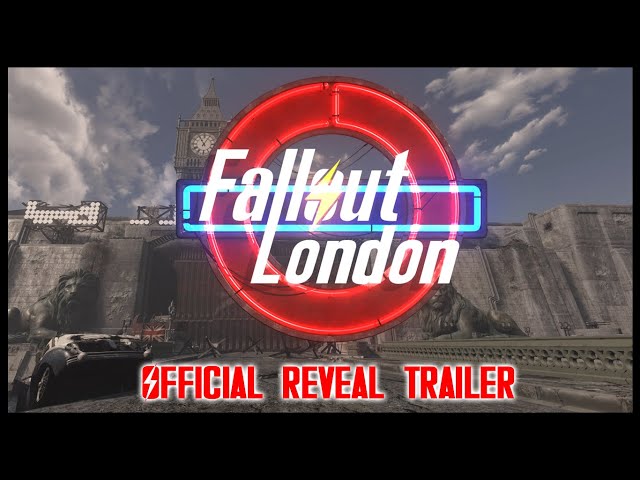 There’s no release date for the mod to make a note of yet, but you can head to the project’s website here to keep up to date with its progress. You can also find more Fallout 4 mods to try at that link.