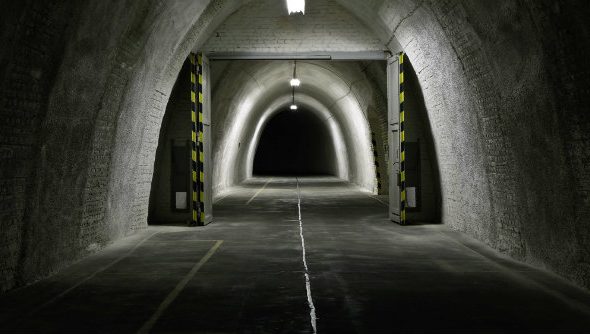 Vivos luxury bunkers are as close to real life Fallout vaults I’ve ever seen. Carved out of a mountain in Germany, measuring 250,000 square foot, containing 80 apartments, and filled with the rich, I can’t see Vivos functioning as a democracy for long. Someone will want to be the Overseer.

Amuse had a chat to billionaire Robert Vicino, the mastermind of the project, to find out his plans should such a situation arise, among other things.

The project began in 2007 when Vicino decided to act on a “message from above” that he received 30 years ago. He believes an asteroid will hit the Atlantic on September 23, so there isn’t long to get your name down. The shelter is prepared for other apocalyptic events, like nuclear war, or electromagnetic pulses, just in case his information is incorrect, and you’ll even be picked up in a private jet and flown there if your application is successful.

Though you might want to hold off for now, as Vicino has so far only accepted the ultra wealthy. People with royal lineage and from the Forbes rich list have already signed up. They can afford to after all, with each apartment costing between€2.5 and €5million. 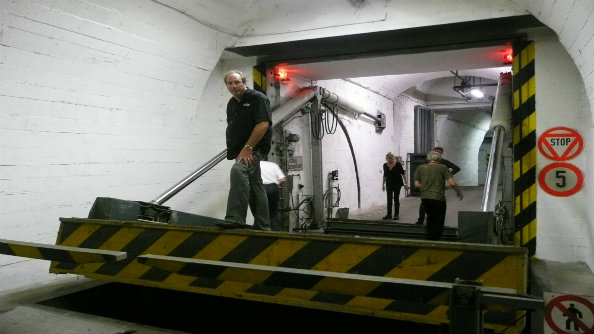 You do have a chance if you have a specific skill, mind. Vicino is offering discounts to people with medical, military and security skills.

Trapped inside with a private security force and the mega elite of society? No thanks, mate. I’ll take my chances with the cannibals, the scavengers and irradiated beasts.

When it comes to the behaviour of the residents, Vicino is much more optimistic than I am and doesn’t seem worried about being usurped: “Nature will take its course,” he says to Amuse. “Usually in the worst of times, the best of people will come out. Even the wealthy guys will take off their crowns and their gold, roll up their sleeves and fix the toilet if they need to.”

Whatever helps you sleep at night, pal.

With doors that are two foot thick, nuclear blast-proof, weigh 100 tonnes and take one hour to open by hydraulics and 24 hours to open by hand crank, he’d better hope he’s right.

They have enough food and supplies for three years, so I imagine emerging after that time would be just like your first look at the open-world in a Fallout game. For Vicino’s sake, I hope all that money means something in the post-apocalypse. I’m saving up bottle caps.