In the months and even years preceding our first good look at a game, a handful of screenshots come under close examination. Just as Doom 3 came to be defined by its demon, feeding on all fours in a bloodied bathroom, Fallout 4’s early press shots were burned into our retinas. So how does Man in Hat Stands Noirishly Under Lamppost Outside Bar stand up to scrutiny now we can visit the scene in-game?

Want to prettify Bethesda’s Boston manually? Have a fiddle with the best Fallout 4 mods. 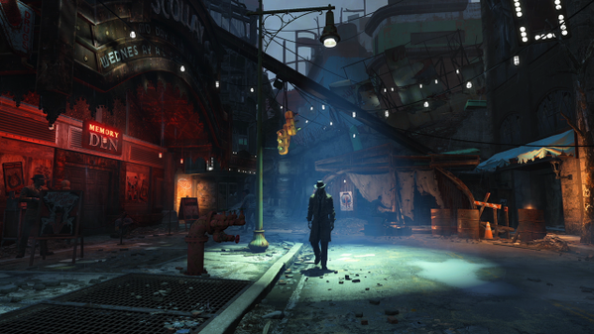 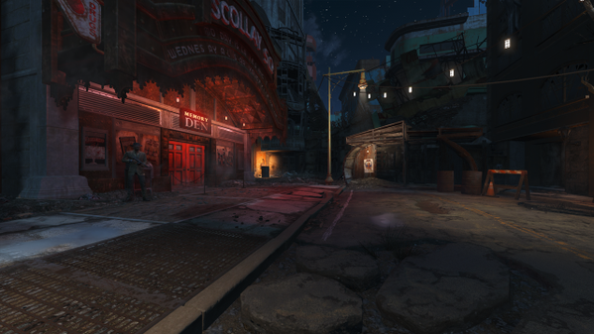 Well: the hat man isn’t there, but let’s put that down to Bethesda’s simulation at work. He was probably too busy shoegazing to notice a deathclaw on the way to the pub.

However, there’s also a noticeable reduction in the amount of atmospheric street decoration seen in the press shot, particularly when it comes to fabrics. Maybe clothes moths outlived the bombs, as well as the cockroaches.

There’s always been a certain amount of forgiveness involved in playing Bethesda games. Fallout’s visual strengths are where they’ve always been: in the vistas and vignettes rather than in the granular details. Have you, like our Matt, fallen in love with Fallout 4 despite its shortcomings?