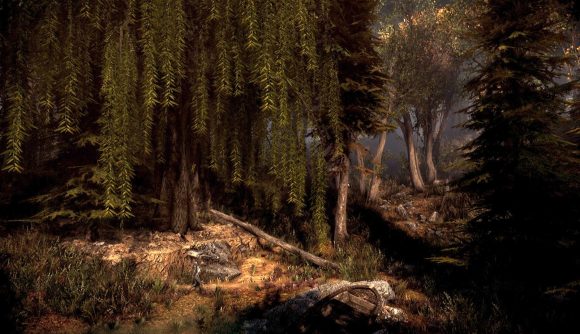 If you’ve played Fallout 4, you’ll know its setting is pretty different to the one you’ll see in Bethesda’s other RPG behemoth, Skyrim. Where The Elder Scrolls V is all about forests, fauna, and colossal mountains full of shouty monks, Fallout 4’s Commonwealth is a post-apocalyptic wasteland littered with wreckages and Nuka-Cola bottles. However, if you’d like to bring the two a little closer together, a new Fallout 4 mod might be just the thing – it turns the RPG game’s map into a “dense and overgrown forest landscape”.

The mod – simply titled ‘A Forest’ and created by Oynlen and DeathByKitty – adds trees, grass, and plants to Fallout 4’s Commonwealth, using “two separate frameworks combined for a very dense population of trees”. The mod brings together a bunch of different creators’ models and previous works, and has been “balanced with visuals”. From the images shared on the mod page, the result is very pretty.

The good news is the mod won’t get in the way of immersion, either – “grass density has been restricted to places it should be seen naturally, so no grass should be seen growing on roads or in buildings”, the page says. Sweet.

In-game locations Far Harbor and Nuka-World have also been adjusted to make them more rich in vegetation, the creators explain – and it’s worth noting that the mod was put together using all of the open-world game’s DLC, so you’ll need to make sure you have these installed to get the mod working smoothly. 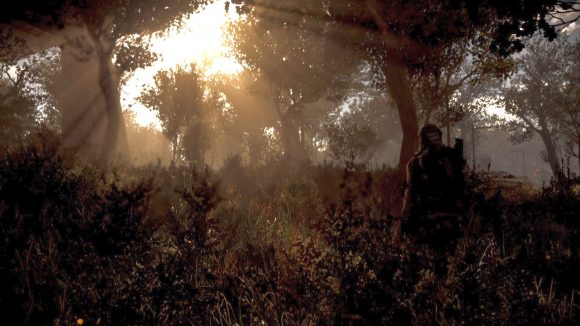 If you’re keen to transform Fallout 4’s post-apocalyptic wasteland into a lush, more Skyrim-like forest, you can find the mod at Nexus here. As ever, be sure to follow the modders’ guidelines – and mod at your own risk!

If you’re fan of the game, do take a look at our list of the best Fallout 4 mods to see what else is out there (and we have a best Skyrim mods list if you’re an Elder Scrolls fan, too).