Some of the best Fallout 4 mods to have popped up in recent months include those that tie – directly or indirectly – into some of the other best PC games out there. Craig the Halo Infinite Brute, Red Redemption 2-like Fallout 4 environments, and a The Last of Us crossover are now possible, thanks to some modders’ efforts. Now, in perfect time to celebrate the Horizon Zero Dawn PC release date, a Fallout 4 mod brings in the action-RPG game’s hero to The Commonwealth.

The aptly named ‘Aloy preset’ mod by creator Navy5465 adds HZD’s flame-haired warrior protagonist as a preset option when creating your Fallout 4 survivor, and it’s an authentic recreation. Along with her green eyes and recognisable facial features, the Fallout 4 Aloy also draws on some existing mods to create her faithfully, including her distinctive garb and windswept hairstyle.

It looks like her signature bow and spear are missing, but not to worry – there are some existing mods out there to scoop up if you’re keen to give her the power to take out The Commonwealth’s bandits the way she knows how.

It’s worth noting the mod isn’t standalone, so requires picking up the Looksmenu and Commonwealth Cuts mods, too, if you’re keen to drop the action-adventure game’s warrior into Fallout 4’s post-apocalyptic wasteland. 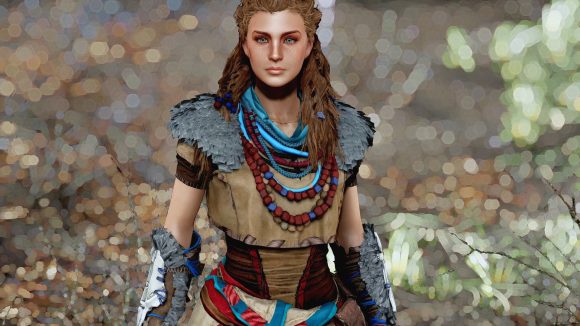 Speaking of which, you can find Navy5465’s creation on Nexus Mods here if you’d like to celebrate Aloy’s arrival on PC twice over. As ever, mod at your own risk! Oh, and do take a look at our rundown of the Fallout 4 console commands while you’re here, which you might find handy.

We also have a Horizon Zero Dawn PC review and HZD reviews roundup for you to check out if you’re thinking of picking up Aloy’s original adventure and want to get an idea of what’s in store.