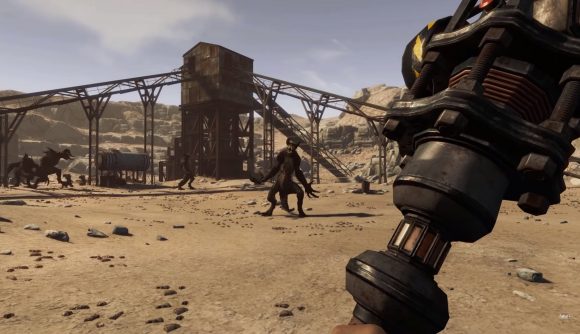 “You’ll once again be able to explore the Mojave, visit the town of Goodsprings, take part in the second Battle of Hoover Dam, and experience content which was cut from the original,” says the mod’s official site. That’s no small task, I’m sure you’ll agree.

This latest trailer gives us our most extensive look yet at the mod’s combat, characters, and world. Straight off the bat, the trailer’s presentation has an air of authenticity to it, which thankfully carries into the gameplay itself. The team’s loving recreation of New Vegas is both instantly familiar and slightly surreal. That said, from the updated arsenal to its glorious take on the Mojave, everything looks just right. And while we’re yet to see the RPG game’s most iconic locale – the New Vegas Strip – the results shown here are nothing short of spectacular. 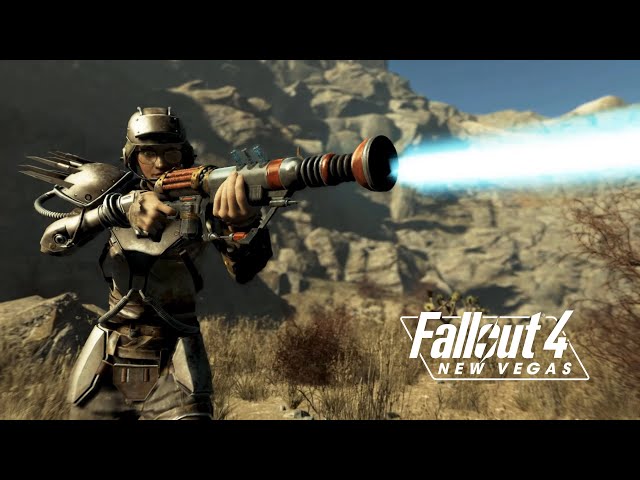 If you’d like to help out with Fallout 4: New Vegas’ continued development, here’s a project application form. Here’s a list of team leads. And the mod currently has an active Discord community, just in case you’d like to get involved in other ways.

In the meantime, why not check out our handy list of the best Fallout 4 mods? I’d also recommend this otherworldly loot shower mod that we covered only yesterday.