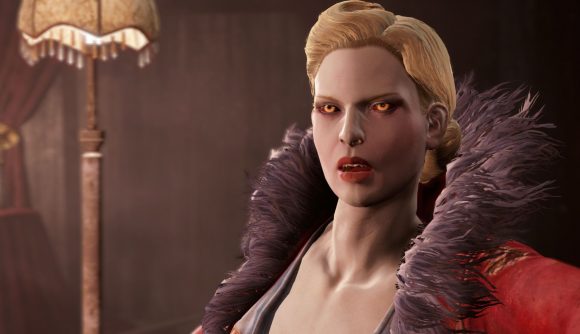 We might not be able to expect Vampire: The Masquerade Bloodlines 2 to launch until the second half of 2021, but there’s still an “ultimate” vampire RPG game experience to sink your hungry little fangs into while you wait. That’s thanks to a Fallout 4 mod that offers “a vampire survival experience of personal horror”, complete with distinct “bloodlines” featuring their own perks and curses, gameplay changes, and even vampire rankings.

The new, revised Sanguinaire: The Ultimate Fallout 4 Vampire Experience mod by creators Christopher4684 and the Sanguinaire team (in association with the Summaries of Darkness YouTube channel) adds an impressively deep new layer of gameplay to Bethesda’s open-world game. It’s part inspired by the World of Darkness RPGs as well as Dontnod’s Vampyr and real-world mythology. You play a character belonging to one of ten distinct bloodlines, each of which has its own appearance type, traits, perks, and vulnerabilities.

For example, there are the immensely powerful, highly organised, and decidedly deadly “Sanguinem Mortiferum” which boast not only the “normal vampire perks” – things like boosts to endurance, strength, agility, damage resistance, and more – but increased skill with ranged combat. Their specific perks include added VATS melee range, +20% damage when using pistols and rifles, and extra damage resistance on top.

Other bloodlines include vampires most at home in the ocean (who don’t need to breathe while swimming and are “supreme oceanic predators”). There are also those that boast “brute strength and aggressive nature”, and vampires very in tune with their inner beast who can’t gain very many “humanity points”. Those are a “measure of how much the vampire relates and empathise with humans after becoming a non-human”.

There are also vampires that get mistaken for ghouls due to their scary appearance, who shy away from others and are “masters of obfuscation” – that is, with a knack for being invisible to others. That’s alongside with the weakest type of vampires – the “clanless” ones, who don’t boast any particularly special powers (but do get their own bar in the Boston Common area. That’s something). And, of course, there are other bloodlines besides.

Across all types, “the player can feed on living enemies activating them in sneak, on staggered combat targets, or alternatively they can drink from a blood pack or a vial of blood,” the modders explain. “The frequency of hunger is determined by the player’s difficulty settings.

“Each hunger stage will damage all physical S.P.E.C.I.A.L stats at a magnitude of -1, accumulating to -3 in total starvation. Hunger also increases the potency of your vampire weaknesses such as sunlight, fire and energy weapon damage.” The mod’s page outlines the scale of effects that’ll impact you depending on how hungry your toothy troublemaker is at any one time. 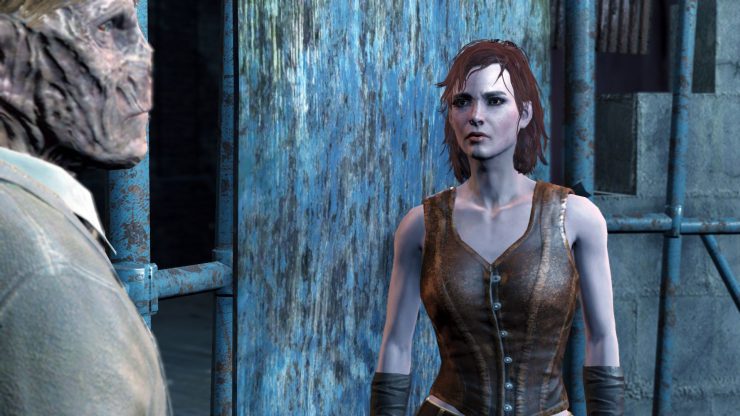 You can climb the ranks of the vampire world by feeding on living blood, with the quality of blood from each of your feeds determining how much progress you achieve towards your next rank. Climbing ranks gives you more strength, agility, and endurance over time and opens up perks in the mod’s perk tree. “These ranks include Vampire Fledgling, Full-Fledged Vampire, Blooded Vampire, Vampire Skirmisher, Vampire Reaver, and Vampire Master,” the modder says. But, there are plenty of other factors and gameplay mechanics tied into the mod, too. Phew!

Head to Nexus Mods here to check out the impressive mod and its details in full. It’s worth noting it’s currently only in alpha, so the mod’s subject to change and you might potentially need to restart the game in the future depending on what changes get rolled out, the mod page notes.