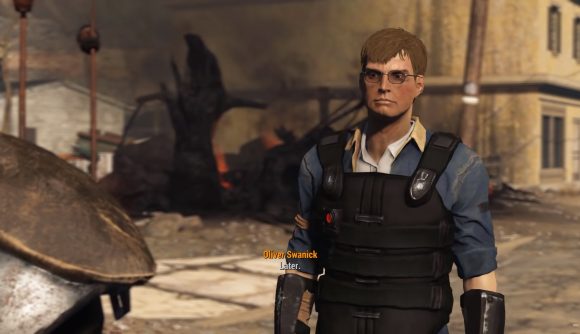 By the time you get to Nipton in Fallout: New Vegas, you may have heard of the Legion – but odds are good that it’s in Nipton that you’ll get your first real taste of how nasty they really are. As you approach the town, you encounter just one person – a man dancing in the street, celebrating the fact that he’s “won the lottery.” That guy, Oliver Swanick, is now recreated in the Fallout 4: New Vegas modding project, fully animated and voice acted.

The town of Nipton is present in the rebuilt game as well, and it’s looking great in the updated (although at this point, admittedly old) Fallout 4 engine. But what sells the scene is the new animation and voice acting for Oliver – provided by California native Mike Jameson.

Characters in videogames often do some version of the “maniacal laugh,” and it’s rarely very convincing – but Jameson’s combination of crazed and triumphant laughing for Oliver seems spot on. Oliver is also decked out in a redesigned Powder Gangers uniform, and his character model and features were put together by a modder who goes by VaultGirl2077. 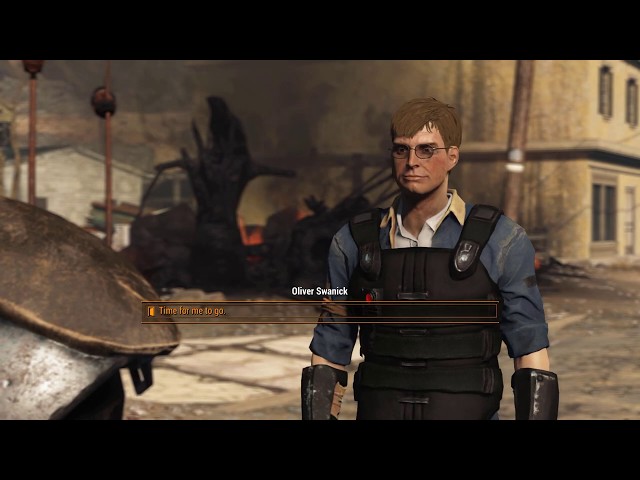 We haven’t checked in on the Fallout 4: New Vegas project in a while, but work has continued on the effort to recreate Fallout: New Vegas in Fallout 4. This clip uses a selection of smaller mods (mentioned in the YouTube video description) like visible holstered weapons and an extended dialogue interface that adds more options to dialogue trees.

You can keep up to date on the latest with Fallout 4: New Vegas at the official site, or on the Facebook page, which seems to be updated more frequently.