In the ruins of Nuka-World, beneath the brash, red arch of the Bradberton Amphitheatre, The Pack live according to a brutal interpretation of Darwinism. The reigning alpha is regularly challenged and overthrown by their fellow Pack members, which means the most violent rule – and they’re not necessarily the best managers.

Across the park, beneath Fizztop Mountain, another group of raiders adds an important clause to the mantra of kill or be killed: ‘don’t get caught’. Pre-war criminologists would have classed The Disciples as thrill killers, but the science has grown stagnant in the past couple of centuries, so the gang are free to sate their sadism as they please.

Stuck between the two, in the remains of a restaurant that didn’t pull in the visitors even before the bombs, The Operators struggle to run a traditional mafia operation. An uneasy truce between the three groups is fraying – the consequence of a lack of direction from a complacent Overboss.

Or so I’ve read. My Nuka-World is empty, rid of its hundreds-strong raider population, slayed one by one. It’s a satisfying silence that speaks of a player freedom lacking in the game as a whole. 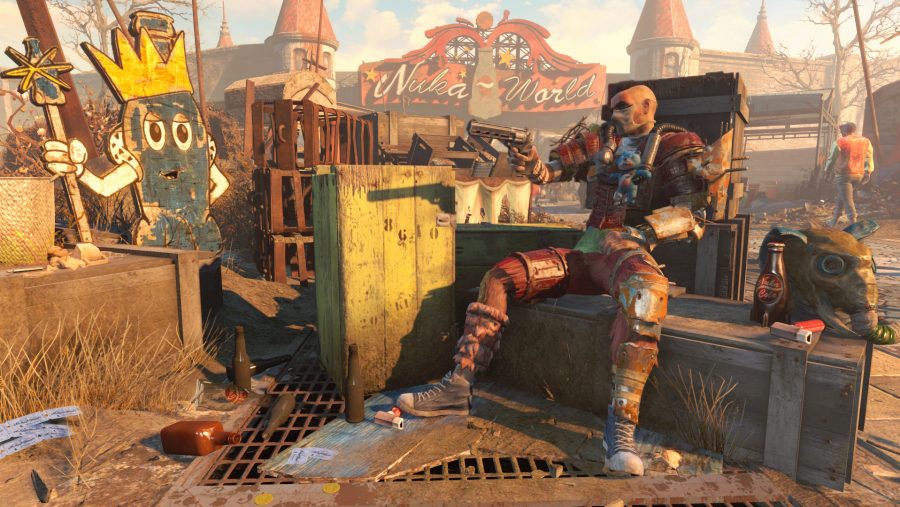 Nuka-World was the sixth and final add-on released for Fallout 4, and perhaps its most substantial. Its parent game made a central theme of rebuilding, and Nuka-World felt like a direct response to the fans who wanted to tear things down instead – granting them control of a disparate army of raiders and license to spread them across the wasteland. Just as Fallout 4 encouraged you – or more specifically, Preston Garvey encouraged you – to envelop the settlements of the Commonwealth in a protective blanket, Nuka-World let you pull at the threads, sending raiders to poke holes in the security of the few safe places the beleaguered people of Boston had left.

Make it your own: The best Fallout 4 mods

Which is great – as an option. For those of us who spent hundreds of hours creating corrugated iron hidey-holes for grudgingly grateful NPCs, the prospect of taking them apart with the help of 200 Mad Max cosplayers wasn’t particularly palatable. Thankfully, this is where Fallout 4 developed an uncharacteristic bent for hardcore roleplaying.

By and large, Fallout 4 has proven to be the least committed to player choice in the history of the series. While its simplified dialogue and levelling systems represented a streamlining of Bethesda’s Fallout 3, that’s not the game players ended up comparing it to. In the meantime, we’d had Fallout: New Vegas from Obsidian, a studio that prides itself on choice and reactivity above all else. 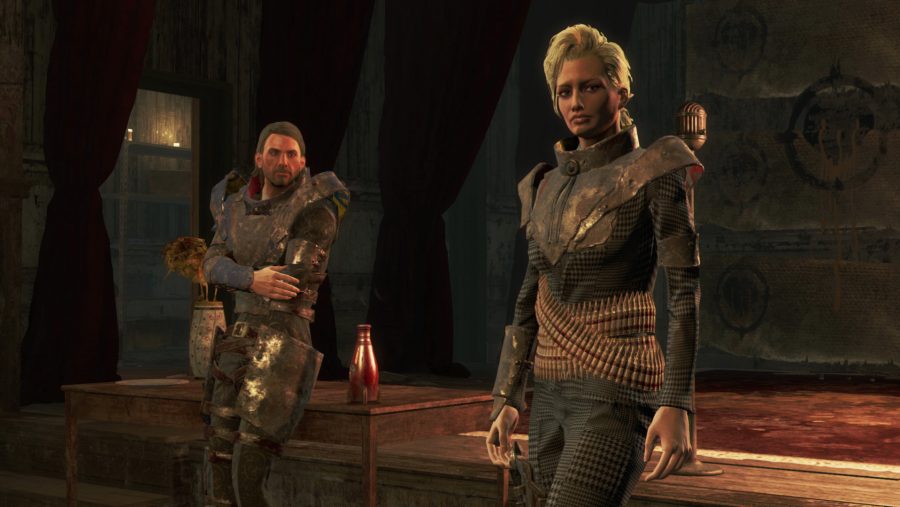 Obsidian’s version of the Vegas strip and its environs was home to upwards of 12 factions – many of whom you could ally with, or not, and some of whom you could wipe from the map entirely. Fallout 4, by contrast, featured a main quest that pulled you by the nose between just a few key groups – the Brotherhood of Steel, The Institute, The Railroad, and the Minutemen, the latter really just a foil for you to adopt in going independent.

After I’d killed Porter Gage and tipped his body from the top of Fizztop Mountain, the rest came easily

The game’s central plot was arguably more focused and personal than any prior Bethesda effort as a result, but opportunities to meaningfully disturb the ecosystem of the Commonwealth were infrequent. Even the satisfaction of having [CLEARED] a location on the map was only temporary, with each resetting after a number of in-game days.

Which, I suppose, is why I found a strange serenity in the act of picking up Nuka-World and emptying out the contents, like one of its many bottles of pop. Once you start shooting up the park, the game recognises it as a quest of sorts: ‘Open Season’. And after I’d killed potential companion Porter Gage and tipped his body from the top of Fizztop Mountain, the rest came easily. Raiders poured down the artificial streets of the theme park, their health bars red and angry, no longer complex NPCs but enemies with the sole purpose of filling up my XP gauge. 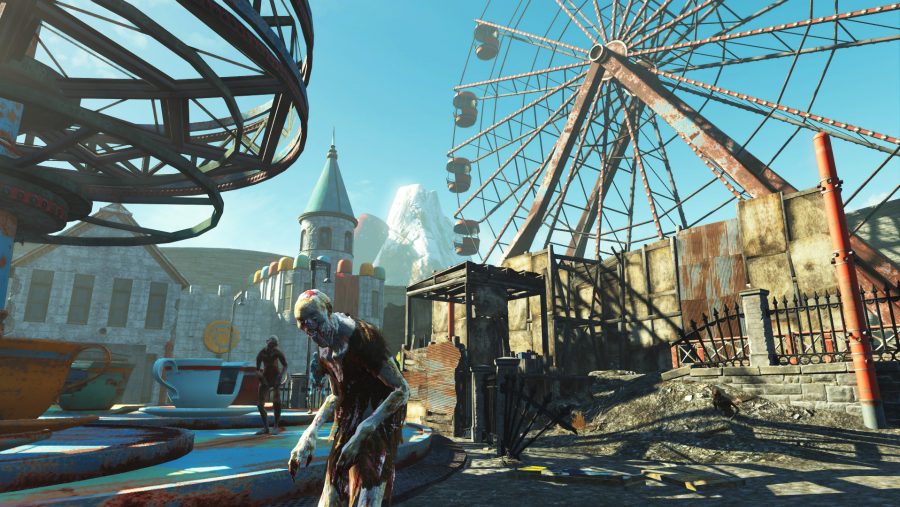 Great RPG writers must be braver still, writing the draft and then handing the red pen to the player to cross out as they will. Think of any significant game choice you’ve ever made and you’ll remember the loss of the path not taken – the quests rendered incomplete, the endings made impossible.

Be braver in your roleplay: The best RPG games

Dixie. Mason. Savoy. Mags and William Black. I knocked the heads off one named character after another, knowing I’d never hear the lines that voice actors had spent hundreds of hours recording in expensive studios. When I was finished, I explored the places where the quests would have been – some more fulfilling than others in the absence of NPCs, but all better for knowing this was the Nuka-World I made.

Oddly, the empty park might was a prescient indication of what Fallout 76 felt like to play at launch, stripped of quest givers and scripted conversation. Computer terminals tell of the neglect and cost-cutting that eventually saw the park’s sentry AI system go awry, and the Vault-Tec exhibition that brought social experimentation to an unsuspecting public. It’s quiet, but there are still stories in my Nuka-World – just as there are in West Virginia.