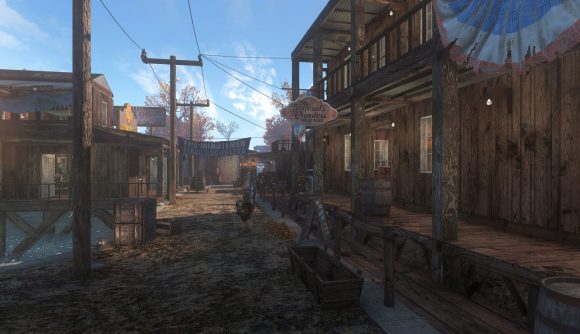 If you’re a Fallout 4 fan, you’ll probably be aware of The Slog – you know, the RPG game’s swimming-pool-turned-tarberry-bog? It’s a potential settlement just as-is, but one fan’s reimagined the whole location as an “Old West-inspired brewery and moonshine operation” – so, kind of like Red Dead Online’s Moonshiners update crossed with a Fallout 4 home base. And ghouls.

Fallout 4 fan Digi-Fu has posted a shot of their creation on the open-world game’s subreddit, explaining that they “rebuilt The Slog settlement, drawing inspiration from Old West and pioneer towns in the US”. The creator also explains they wanted to “build a brewery with some moonshine stuff” and that “the two made sense together” in the description of a video tour of the base (which you can check out below).

Additionally, given cranberry moonshine is a thing in the Fallout universe (it’s a consumable in Fallout 76), the creator says they “would think Fallout settlers would do the same with tarberries” – a cranberry-like fruit found in the wettest, boggiest areas of – well, in The Slog, basically. “Just so folks could survive with good spirit, pun intended”, the creator adds.

The result is really impressive – there’s a distinct Old West, Red Dead Redemption 2-like feel about the reimagined Slog settlement, which brings together the worlds of cowboy moonshiners and post-apocalyptic, retro-futurist survivors and ghouls. Take a look around for yourself below: 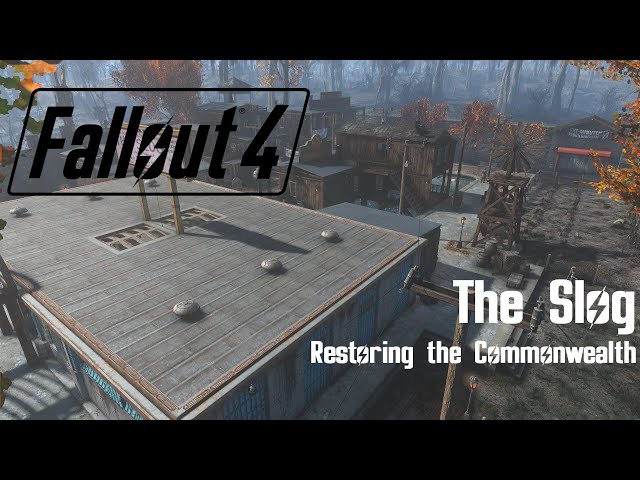 In the subreddit thread, Digi-Fu says the settlement took them “about a month” to create, thought most of this “was really experimenting and planning how the layout would look”. Plus, the settlement’s maker explains Red Dead Redemption 2’s frontier town Valentine was also an inspiration for the all-new, Old West Slog.

Sadly, it doesn’t look like the settlement’s available to download anywhere, but for now you can enjoy the clip above, and maybe even go make a RDR-style town of your own in-game. Here’s a list of the best Fallout 4 mods you might find handy, in addition to those mentioned in the YouTube video’s description.