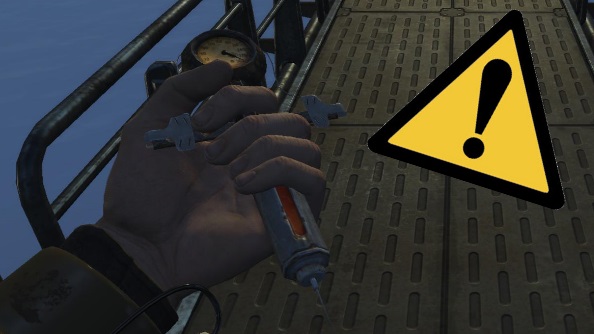 Fallout 4 is a game where you can take drugs, and there’s no policemen or stern parents there to tell you not to. If you want to get off your face on some brutal mentats, then you damn well can.

So I did. I loaded up a selection of hardcore drug pipes with special blends of my favourite narcotics, arranged healthy doses of some top-class pills, and sat down for a heavy session of wandering the wasteland.

Fancy altering your game in a different way? Check out the best Fallout 4 mods. 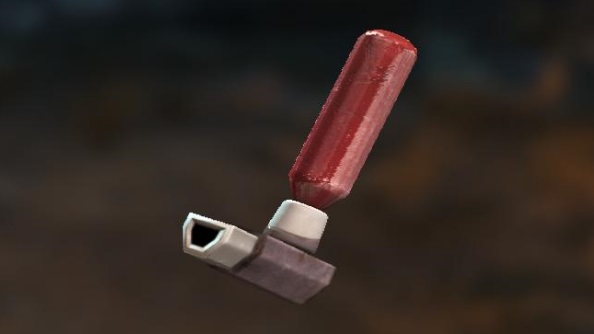 What is it? Jet is a vapour-based stimulant taken via the use of an inhaler. It slows down time for ten seconds.

Well my watch appears to have stopped, so the effects are clearly taking hold. This should make combat far easier, what with everyone looking like they’re in treacle. Just need to… oh no. ’ve accidentally hit ‘E’ next to a door, and now we’re on a loading screen. Nothing but tooltips for the rest of eternity! There’s nothing like sitting here indefinitely, watching the Vault-Tec logo wink, and… oh, wonderful. A giant, spinning Deathclaw has appeared. Yes tooltip, I know they’re very hard to kill and I should be prepared. If you could let me out now, that would be nice. I’m Deathclawphobic, don’t you know? 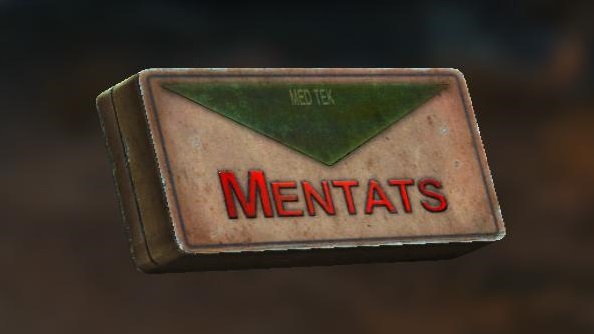 What is it? Mentats are small medicated lozenges that increase the consumer’s intelligence and perception.

*rustles packet* *crunches Mentat with back teeth for quicker consumption*

Well this is rather interesting, isn’t it. I’m suddenly wise to the deep, social messages prevalent in the game’s narrative. I’m now acutely aware of the parallels between post-apocalypse Boston and 1940s Germany, with the plight of the Jews reflected in the situation endured by synthetic beings. Indeed, if we study closely, we may notice that the Railroad can be directly compared to Jewish sympathisers, such as Oskar Schindler himself. And with their employment of stormtroopers and wish to eradicate synthetic life, The Brotherhood of Steel are evidently a thinly veiled critique of National Socialism. 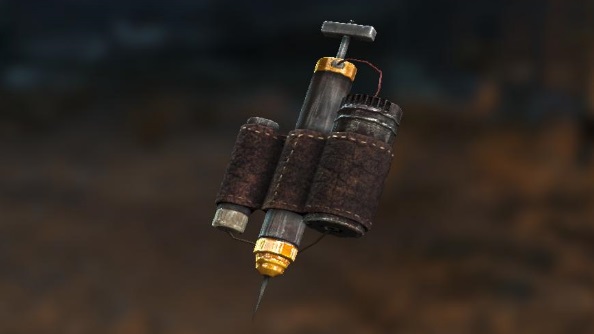 What is it? Psycho is an adrenalin-based narcotic injected directly into the bloodstream. It bestows the user with increased ability to inflict and withstand damage. 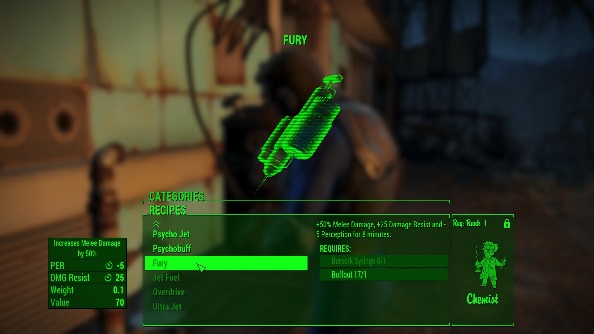 What is it? A stimulant that increases the user’s strength in melee combat, at the expense of having significantly lowered perception skills.

*injects into chest, to prevent track lines on arm*

Well this isn’t so bad, apart from all the uncontrollable teeth clenching and the growling. OK, let’s take this super mutant out. Equip this baseball bat, enter VATS, multiple bashes to the head. See how you like this, you brownish-green hunk of muscle! Wham! Yes! Hold on, why are crows flying out of its corpse?

Test Results: Due to lowered perception, trees are easily mistaken for super mutants. 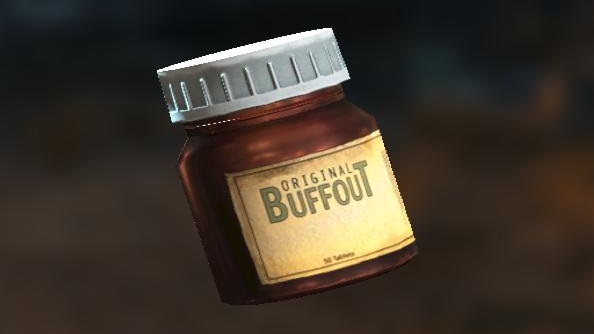 What is it? Buffout is a pill-form steroid that increases the user’s strength and endurance.

*swallows two Buffout pills with a mouthful of Nuka-Cola Quantum*

Nice! My muscles are literally inflating before my very eyes! Check out the definition on my biceps! Tight! And look over there, some filthy ghouls just asking for it. Awesome! Just need to walk over and…

What!? I’ve just punched a hole through my keyboard. All I did was press ‘W’. Wow, this stuff really does increase your strength! Incredible! Well, I can’t walk, WASD is gone. I’ll just shoot the ghouls with…