Ghouls are some of the most fascinating people you encounter while scouring the post-apocalyptic wastes of the Fallout games. These mutated humans can live for hundreds of years – many of them are survivors of the Great War – but suffer from intense discrimination because of their zombie-like appearance. Ghouls have plenty of other strengths than their longevity, such as being able to safely move through feral ghoul-infested areas and being healed by low-level radiation. They have all the makings of a perfect RPG class archetype. So: what if Fallout 5 finally lets players experience the whole game from their perspective?

Naturally, playing as a ghoul puts a few limitations on how Bethesda could open its next game. Highly structured openings like escaping Vault 101 in Fallout 3 would require a separate starting sequence to accommodate ghoul players. Bethesda's best bet would be to copy Fallout: New Vegas' opening, which employs convenient amnesia to free the player to construct their character from scratch, with no assumed knowledge of their past.

Fallout 4's opening could be handily sidestepped by providing players with the option to miss their admittance to Vault 111. Admittedly, this puts the onus on Bethesda to explain what happened to the player in the 210 years between the bombs falling and the story resuming, but the gaps don't have to be filled. You could simply return to the Commonwealth as part of a trade caravan, picking up the trail of what happened to your partner and child by pure chance. Heck, you could simply get to Vault 111 late, picking up enough radiation before entering your cryo-stasis pod that you emerge, ghoulified, centuries later.

The character creator wouldn’t have to change either. You could create whatever human you normally would, then use a ghoulify slider to get the level of decrepitude just right. You could have a few different hair options to reflect the fact that almost all ghouls are bald, or pick a wig instead. 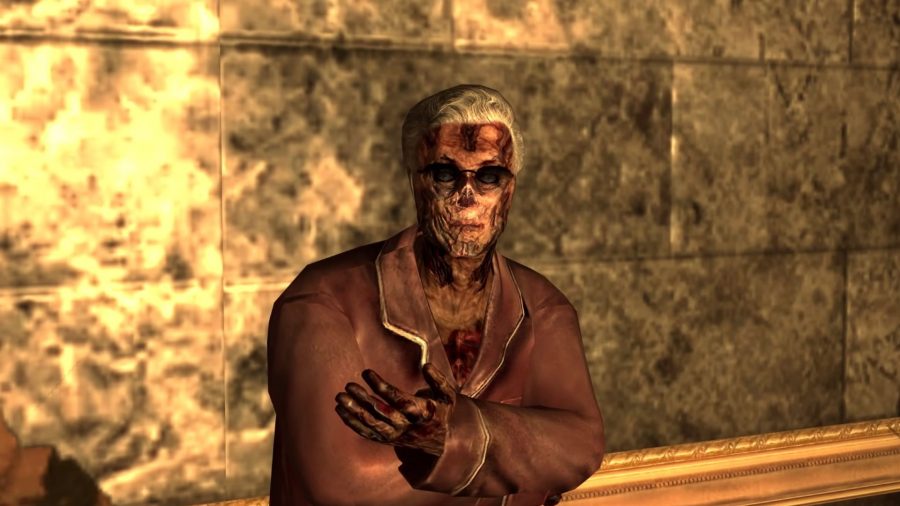 Picking your SPECIAL stats and tagged skills would remain unchanged, but new options in traits could provide some extra flavour. Glowing One was a trait for ghoul squad members in Fallout Tactics that raised their radiation resistance and caused them to illuminate dark areas like a torch, but came with the penalty of spreading irradiation damage to nearby characters. There could be a Flesh Wound trait, which would prevent you from suffering the ‘Crippled’ status effect after taking too much limb damage, but might occasionally result in you losing the limb, forcing you to pause and hunt around for it.

Perks could give ghouls unique dialogue options, discounts from ghoul traders, and the ability to pacify dangerous feral ghouls like reavers

As you level up you’ll have access to a new perk tree to compensate for the loss of several Endurance-based perks that ghouls would have no need for. Perks could give ghouls unique dialogue options, discounts from ghoul traders, extra benefits from rotting food, and the ability to pacify more dangerous feral ghouls like reavers.

There’s something of a logistical nightmare to shake in the form of balancing. Fallout 4 locks off a massive eighth of the map with the heavily irradiated Glowing Sea region, which forces players to seek out mountains of rad-ridding supplies just to survive there for more than a couple of minutes. The whole process of stockpiling medicine and hunting down a decent hazmat suit, which has its own quest line, would be rendered largely obsolete. But to balance things out ghouls would encounter a lot of discrimination, making key settlements far more difficult to access, and some NPCs especially tricky to persuade. 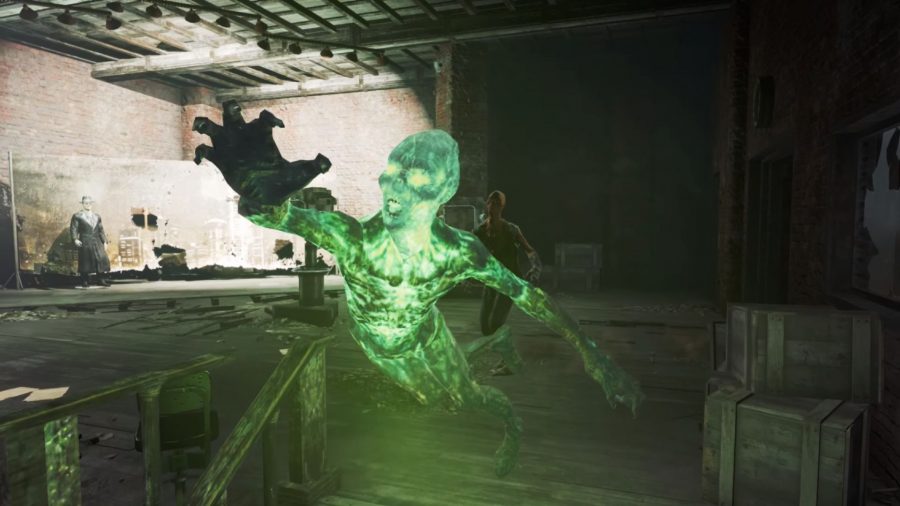 Out in the open world, there wouldn’t be too many major differences when playing as a ghoul. You can easily shrug off small pockets of radiation, and slip past basic ferals without having to battle them, but raiders, gunners, super mutants, rogue robots, and mutated animals would provide ample threat. Even usually friendly mainstay factions like the Brotherhood of Steel would present new challenges – they’ve got a tendency to shoot ghouls on sight.

Ghouls have all the makings of a perfect RPG class archetype

Obviously, adding ghoul-specific dialogue options to every encounter would require a tremendous amount of extra work – even more work if all of the player character’s dialogue has to be voiced, like in Fallout 4. However, given that Todd Howard himself has admitted that the studio made mistakes in its approach to dialogue in Fallout 4, it’s unlikely that Fallout 5 will return to having a voiced protagonist. We’ve already seen Fallout 76 return to the dialogue system from Fallout 3 and New Vegas, offering players many more choices per encounter than in Fallout 4.

Related: Here are the best games like Fallout on PC

Fortunately, Fallout 4 modders have already provided a glimpse at what a ghoul playthrough could look like. Ghoulified, for example, adds an alternate start in which the player is unable to reach Vault 111 before the blast wave arrives. You wake up in a small cavern underneath Sanctuary, which you’ve presumably been using for centuries, with a few supplies, immunity to radiation, and a necrotic makeover. It’s far from a full conversion mod, but it’s a convincing proof of concept for the viability of ghoul playthroughs. 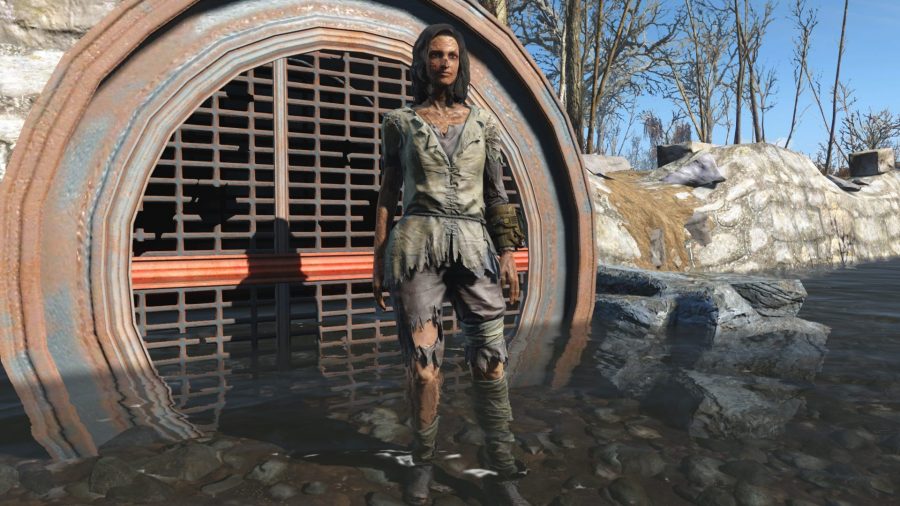 As recent Fallout games have gradually veered away from the series’ roleplaying roots, a distinct alternative starting role could really shake things up. My go-to character build has barely changed since Fallout 3, so it would take something truly transformative to get me excited about the potential of a new Fallout game again. But playable ghouls could be that change.

‘What if?’ is PCGamesN’s new regular feature series – you can read our last entry here. You can also check out some of the Fallout games mentioned above by grabbing the Xbox Game Pass for PC here. Check back every Saturday for more hypotheticals, from thoughtful speculation about actually-plausible industry developments, to dream crossovers, to nonsense like Half-Life 3 happening.