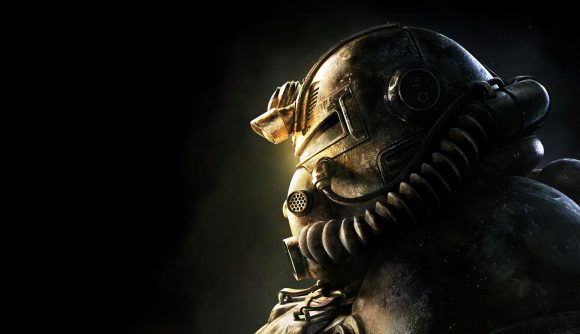 Bethesda has published a new roadmap detailing its plans for the near future of Fallout 76, and there’s plenty to look forward to for players who have weathered the stormy launch and hung on through the long-awaited Wastelanders update. The roadmap promises a new seasonal content system, a ‘One Wasteland’ experience, and the return of series regulars the Brotherhood of Steel.

Fallout 76 is currently running a free to play week, incidentally, so now is a good time to hop in and check things out if you’ve been on the fence about the game since it came out in November 2018. Since then, the game has struggled along, building a surprisingly charming base of dedicated fans and ultimately adding NPCs – people who were notably absent from the launch version of the game – in the recent Wastelanders update.

There’s more to look forward to, as it happens. This summer, Bethesda will be introducing a season pass system in Update 20. This will work similarly to other tiered battle pass systems, featuring 100 ranks to unlock, each with associated rewards. You’ll have the option to spend 150 Atoms to unlock the next rank, and it’s possible (but not necessary) to unlock all the ranks in the season that way.

‘One Wasteland For All’ arrives in the fall, along with the start of Season 2. This will allow players of different levels to explore more effectively together, as the update rebalances combat and provides loot scaled to each individual player level. Fall will also see the introduction of the Steel Dawn questline and Daily Ops with scaling rewards.

New content, updates, and features are coming to Appalachia this year!

Finally, this winter marks the return of the Brotherhood of Steel with the Fractured Steel update. This one will be a continuation of the Steel Dawn storyline in Fallout 76, and features the Brotherhood arriving in Appalachia on the trail of some new technology of some sort. Season 3 will also begin in the winter, and you’ll see new Daily Ops and the Holiday Scorched event.

In all, there’s a lot to look forward to in Fallout 76 – and with the free play event running this week, there’s no time like the present to check the game out if you haven’t yet.