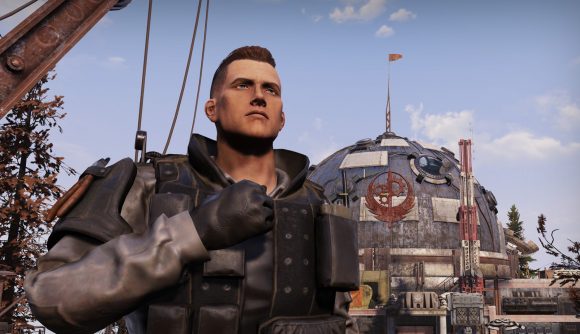 The next big milestone on the Fallout 76 roadmap is Fallout Worlds, which will finally introduce custom servers to the post-apocalyptic MMORPG. However, before that we’re going to see another update, which is due out August 3. Rather than adding lots of new and exciting content, this update is focused more on improving some quality of life issues and fixing bugs the community has flagged since the release of the Steel Reign update that arrived at the beginning of July.

Bethesda says that as usual, you’ll be able to review the patch notes for the upcoming update during the maintenance downtime. You can also check out a new radio drama the developers have put together – this one is a three-part series called K.D. Inkwell in Escape From the 42nd Century. It’s available to listen to now on YouTube (here are links to part two and part three), but you’ll also be able to eventually unlock them on the Season Scoreboard following a future update.

Over the weekend, Fallout 76 will be holding a new Gold Rush Weekend. That, in fact, is underway now, and it’ll run until 9 a.m. PDT / 12 p.m. EDT / 5 p.m. BST August 2. During the Gold Rush, you can head to Foundation and Crater to use the Gold Press Machines to exchange your treasury notes for up to twice the usual gold bullion amounts.

It’s a perfect time to stock up on gold, since the Steel Reign update increased the daily cap on bullion from 200 to 400, and so during the Gold Rush you’ll be able to pocket up to 800 bullion each day. Bethesda points out that this may come in handy after the coming update lands, when Minerva holds a major sale. That’s scheduled to run August 5-9, and during that time Minerva’s shop will have a “greatly expanded inventory.”