People have poked fun at the animation tech that powers the NPCs of Bethesda’s games for the best part of 15 years. Be it the stilted running animations of Skyrim, the practically static faces of Oblivion, or the bumbling citizens of Fallout 4’s Boston wasteland, few have had words of praise when it comes to how characters move in these worlds. And yet, after a couple of hours with Fallout 76, I find myself desperate to see the cardboard marching of a Brotherhood of Steel soldier.

Why? Because there’s nothing more unnatural than the way another player’s avatar moves in a videogame.

Players inside a game move their avatar around like a child on a sugar high. They bunny hop over awkward terrain, impatiently strafe around doorways that refuse to open, or stare into the abyss as they navigate unseen menus. There’s little more bizarre than watching other people play a game from within it. They do all this in silence, too, as if the world has been infiltrated by the terrifying Gentlemen from Buffy the Vampire Slayer.

There’s nothing inherently wrong with this, which is why you’d never hear me complaining about player movement in games like Overwatch or Destiny. But it’s different in Fallout 76. I was excited for a new type of Fallout game but I’ve come away with the initial impression that relying solely on players for human interaction isn’t going to work.

The reason for this is Fallout’s use of isolation. A traditional game in the series will have you spend hours at a time trekking through desolate locations, fending off ghoulish beasts, and taking some time to reflect on the themes of the game. The sight of a healthy tree, green with fresh leaves, will fill you with hope for the enduring nature of life, while discovering a corpse dragged through a barren building as your Geiger counter ticks faster reminds you of the pointlessness of existence. 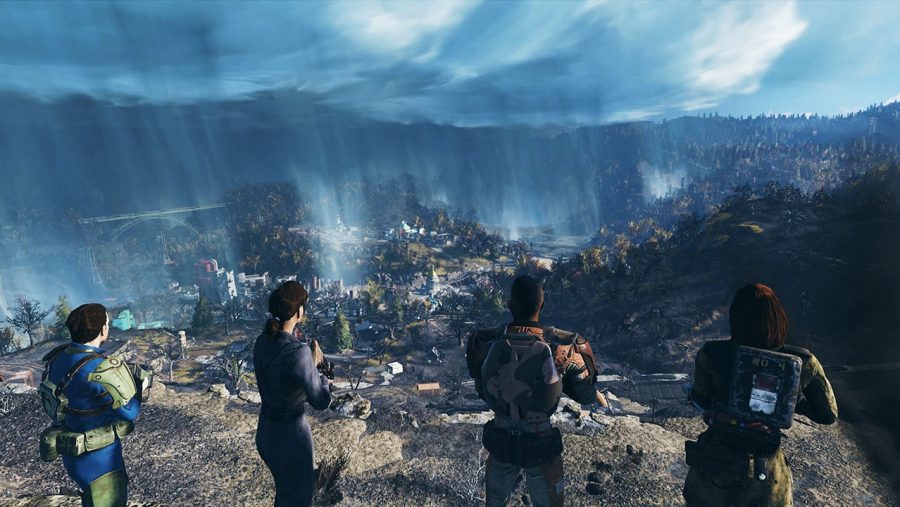 This thoughtful isolation is then broken as you enter an occupied outpost. The NPCs of Diamond City or Megaton bring the retro-future charm that the series is known for, but also add soul to the world. Sure, 20 of them share the same voice actor and half of them will walk into a door six times before opening it, but their detailed back stories and unique personalities make up part of the collage that is post-nuclear civilisation.

And that’s what Fallout is: the story of humanity struggling to survive. Yes, Fallout 76 is perhaps the purest form of that story, as it tells of the very first people attempting to rebuild after the bombs dropped. But when your interaction with these people is watching them perform the vomit emote 16 times over, it’s hard to see them as anything more than soulless digital shells. 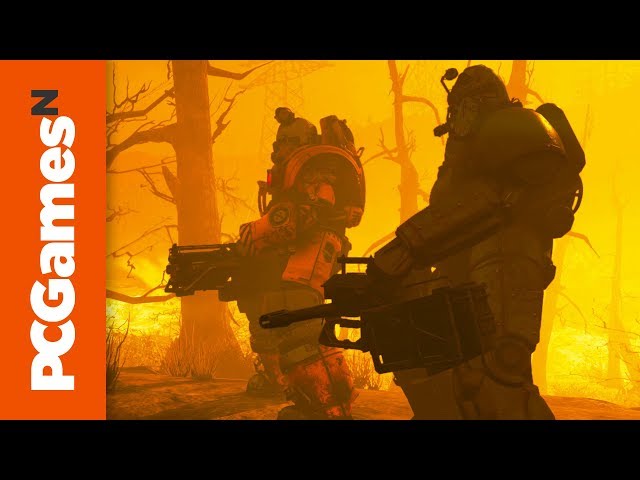 As such, the isolation of Fallout 76, especially for anyone playing on their own, is constant. There’s no moment to punctuate the loneliness, no people to defrost the chilly sense of abandonment. Rather than a desperate survivor sending you out on a quest to discover a meaningful relic from generations past, you’ve got two players clowning about in the Volunteer’s shack, another one hogging the crafting bench you’ve already been waiting five minutes to use. I’ve often wanted to tell the entire world to shut up and leave me alone, but Fallout 76 has shown me how rubbish that would be.

The most recent trailer for Fallout 76 shows a bunch of actors in Vault-Tec cosplay prancing around the wasteland and gunning down super mutants to the tune of Wouldn’t It Be Nice by The Beach Boys. The lyrics include such lines as “wouldn’t it be nice to live together,” and the accompanying visuals of the trailer emphasise that Fallout 76 is a game to be played with friends. My short time with the beta has emphasised that this isn’t just the optimal way to play, it’s practically the mandatory way to play.

With no human NPCs and questing delivered by hollow voices via crackling computers, Fallout 76 is a cold, lonely place to be by yourself. If you want to call West Virginia your home, the place that you belong, then you’ll probably want to bring some friends.