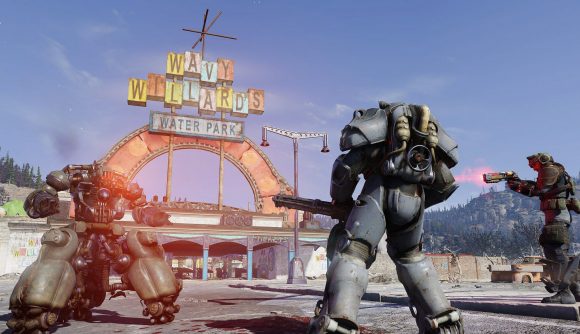 Players who have installed the Fallout 76 beta on their PCs are finding that they cannot uninstall it unless they buy the full game. Upon right-clicking on the beta file in the folder and prompting the uninstall process, the Bethesda.net launcher brings up a message that disallows the process, with no way around it currently.

“You do not have access to this game,” reads the message. “Please check to make sure you are signed in with the Bethesda.net account associated with the purchase of this game.”

Whether this is a mistake that will soon be rectified by Bethesda or a tactic employed by the developer to encourage players to buy the full game is not yet known. You can see one player demonstrating how the uninstall process is blocked by the Bethesda.net app over on Reddit.

As VG247 summarises, some people affected by this issue are wondering whether they’ll just need to wait until November 14, when Fallout 76 comes out, to be able to uninstall the beta from their machines.

It makes sense given that the serves aren’t online yet – once they are, players will be able to log on properly and hopefully the launcher will recognise that, allowing people to uninstall the beta.

This is not the first issue the Fallout 76 beta has caused. Previously, the Bethesda.net launcher deleted all the beta files without players asking for it to do so. The beta has gone from deleting itself to not letting anyone delete it. Madness.

If you plan on playing Fallout 76 when it comes out then you shouldn’t need to uninstall the beta as it’s supposed to upgrade to the full game. In that case, make sure you have read through our Fallout 76 tips if you are heading into the online post-apocalypse.