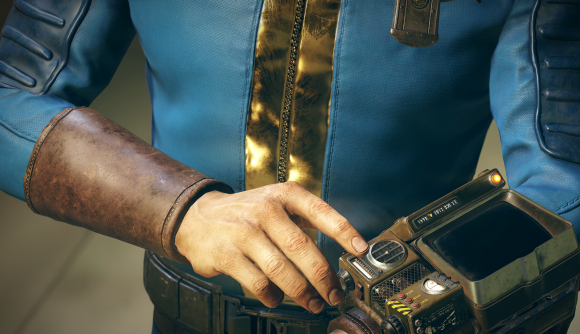 The Fallout 76 beta now has a framerate cap and an FOV lock. There was never an in-game setting to adjust either parameter, but tweaks to the ini file could let you change either to your liking. Unfortunately, uncapped frame rates also gave players access to what’s basically a speed hack, and the new cap seems to be a sort of fix for the issue.

While a frame rate cap is going to be disappointing for many PC power users, it’s not especially surprising. Glitches around speed and player movement around high frame rates have been an issue for years in Bethesda titles, including Fallout 4. Since Fallout 76 shares that engine, a proper fix – one that doesn’t involve fps limits – for the speed problem seems unlikely. (Though I’d be happy to be proven wrong.)

Players have reported the new locks on Reddit since the last beta update. While there’s a likely reason for the fps cap, the FOV lock is a lot more questionable. PC Gamer reports that FOV will adjust dynamically if you’re running at an ultrawide resolution, so it’s certainly not an issue of Bethesda wanting to preserve any competitive advantage.

The option for FOV adjustment may just be a casualty of limiting ini tweaks more broadly to fix the speed issue. An in-game FOV slider has been one of the most requested features among PC players coming out of the beta, and ideally it’ll make it into the game by the final release. But either way, the fps cap is unlikely to go anywhere.

Bethesda addressed more explicit Fallout 76 hacks in a recent statement, and says that the worries are “either inaccurate or based on incorrect assumptions.” One thing is for sure – as an online title, Fallout 76 faces far more potential technical hurdles than any similar Bethesda title before it.